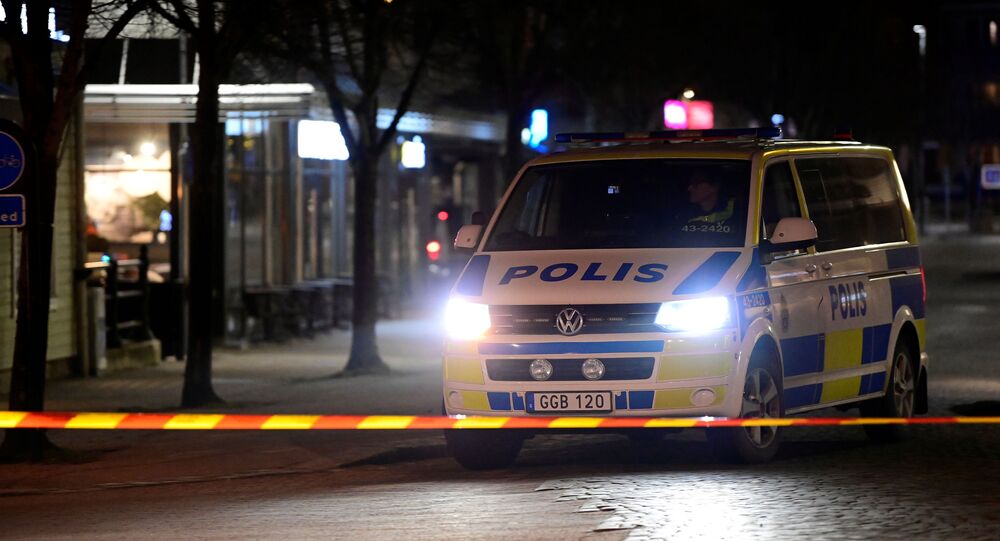 The record year continues an adverse trend of elevated deadly violence, which criminologists have pinned on the gangland atmosphere and so-called "vulnerable areas" or political newspeak for ethnic enclaves riddled with poverty, unemployment, lawlessness, and crime.

In 2020, lethal violence in Sweden reached its highest point since 2002, when the country's Crime Prevention Council (Brå) began its measurements.

A total of 124 cases of deadly violence, including murder, homicide, infanticide, and manslaughter, were recorded in the Scandinavian country. In 48 of the cases (or 39 percent), firearms were used, and Stockholm is home to the largest increase at 11 percent. The sex ratio of the victims is 20 percent women and 80 percent men.

According to Swedish Radio, this level of deadly crime hasn't been witnessed since the 1990s.

Brå noted that a large increase occurred "among young men in criminal environments" and in so-called "vulnerable areas". The latter is a political euphemism for ethnic enclaves or ghettos, something the police have previously sounded the alarm about.

Furthermore, Brå stated in its report that the pandemic has affected society in general, which was also reflected in the crime statistics. Reduced outdoor movement in society has, among other things, affected crimes between relatives in the home, Brå emphasised, the brunt of which is borne by women.

For instance, 93.60 rapes were reported last year in a 10-million-strong country, which is an increase of 9 percent.

The newspaper Aftonbladet maintained that the new statistics are "not sensational".

"In the last six years, the number of murders has been steadily higher than in previous years. The reason is all these gang conflicts that plague the nation with shootouts in the streets and squares", the newspaper noted.

"It has been a negative development in recent years and this is just confirmation that it has continued", criminologist Amir Rostami, associate professor and researcher in criminology at the University of Gävle and the Institute for Future Studies, told the newspaper.

"Gang shootings became kind of normal during the 2010s, and we will see how the 2020s develop and whether they increase or decline. We see that it looks different in our neighbouring countries", Rostami mused. He noted that the increase in Stockholm in particular is driven by the gangland atmosphere.

Violent organised crime and its origins have long been one of the key polarising factors in Swedish politics. Whereas right-of-centre opposition parties, such as the Sweden Democrats and the Moderates blame the government for allowing uncontrolled mass immigration, as people with a foreign background are notoriously overrepresented in certain crime categories, the left-of-centre parties, including the governing Social Democrats, blame socio-economic factors and inequality.