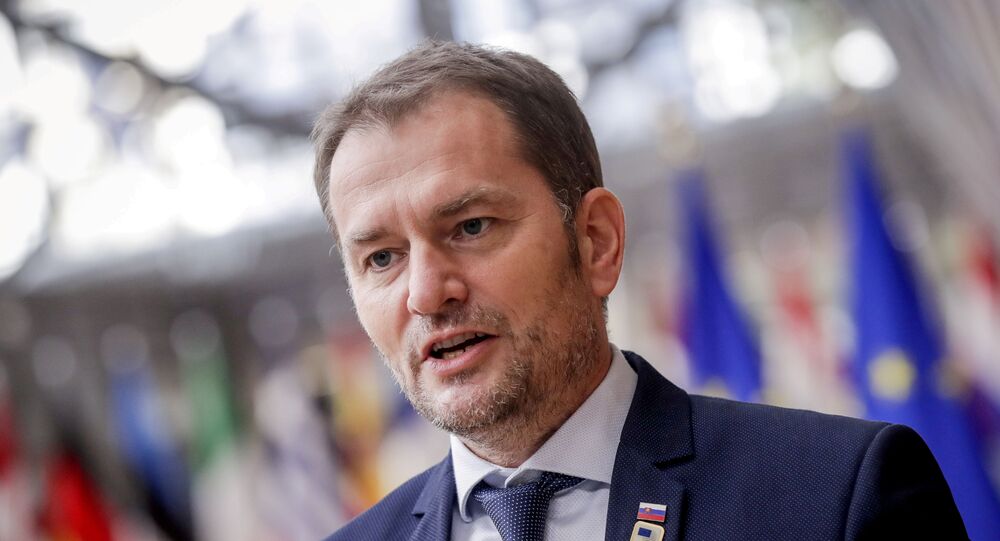 This comes amid an escalating crisis in the Slovak government that began after Matovic organised the purchase of two million doses of Russia's Sputnik V COVID-19 vaccine without EU authorisation and in spite of opposition from his coalition partners.

The country's President Zuzana Caputova has accepted his resignation and asked Finance Minister Eduard Heger to form a new government.

According to the nation's laws, when the prime ministers resigns the entire government follows suit. All four parties in the ruling coalition have agreed to participate in a new cabinet led by Heger, according to Reuters.

Slovakia has been going through a month-long political crisis, with six ministers leaving their posts in order to press Matovic to resign over his unilateral decision to purchase Russia's Sputnik V vaccine against the COVID-19 infection. Last month, Matovic purchased 2 million doses of the vaccine without EU authorisation and despite objection from his coalition partner, the For the People party. In early March, Slovakia received the first batch of the Sputnik V vaccine.