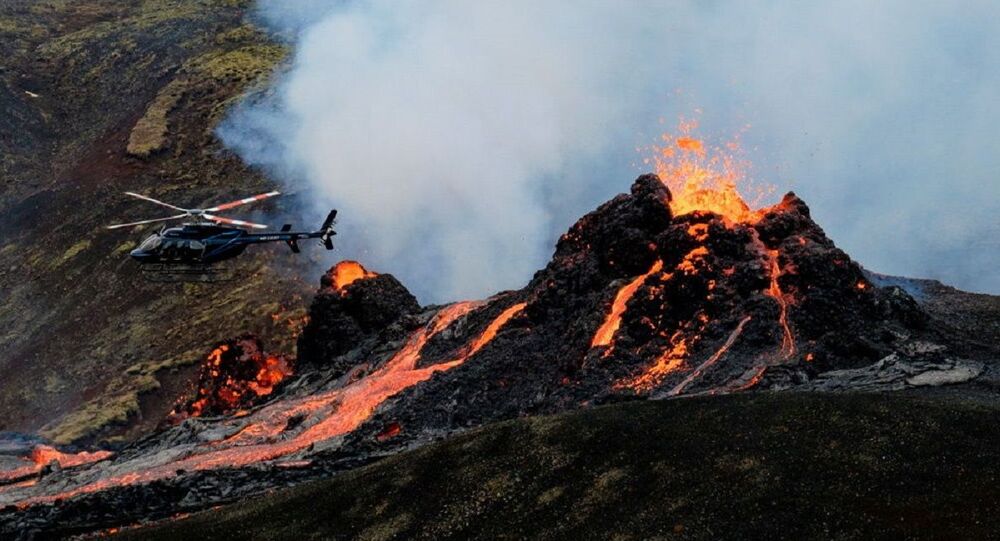 A volcano on Iceland's southwestern Reykjanes Peninsula began to erupt for the first time in 6,000 years last week.

Volcano sightseers rushed to the scene to get a glimpse of the phenomenon. Some tourists were even seen toasting marshmallows and hot dogs over the lava.

"For me it's the heat that really surprised me. When we approached the lava flowing on the ground, the temperature rose by 10-15 degrees and our faces flushed", Emilie Saint-Mleux, a French exchange student in Iceland said as quoted by MSN.

I love this shot of hikers in Iceland admiring the Fagradalsfjall volcano erupting over the weekend. The detail! The scale! The casual sight-seeing of it all! (📸 by Jeremie Richard, @jeremrichard) pic.twitter.com/gTa18WY1rf

Bjorn Steinbekk, a drone pilot from Reykjavik, has captured fantastic footage of lava spewing out of a volcano on Iceland's Reykjanes Peninsula.

The volcano is located around 40 kilometres from the Iceland's capital Reykjavik.

The authorities have closed the main road connecting the capital region with the international airport Keflavik.

The Department for Civil Protection said that the eruption posed no threat to structures or settlements.

Iceland has more than 32 active and extinct volcanoes. The huge 1784 eruption of Laki caused a famine that killed about a quarter of Iceland's population. In April 2010, the eruption of Eyjafjallajökull resulted in significant air traffic disruption in Europe.