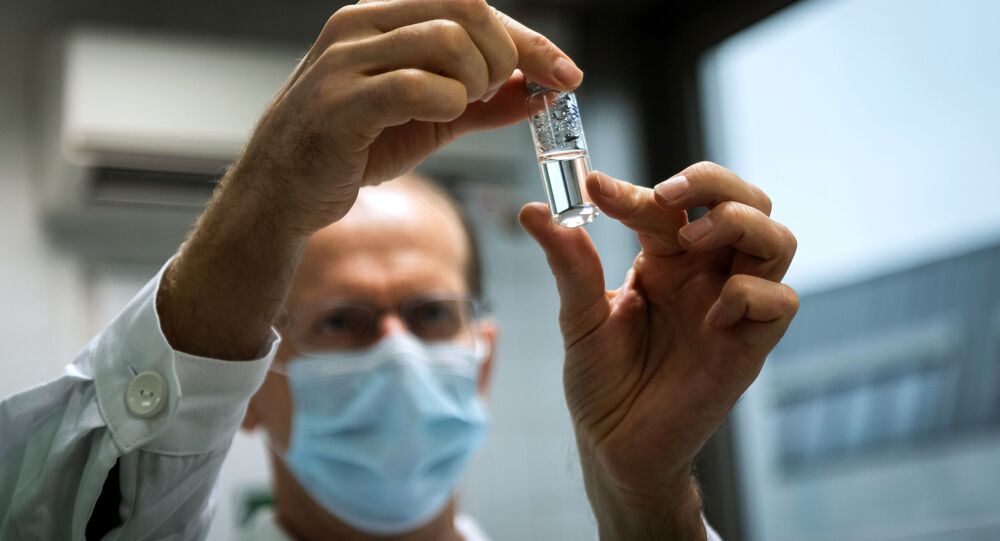 MOSCOW (Sputnik) - Hungary was subjected to political attacks after it announced negotiations with manufacturers of Russia's Sputnik V and China's Sinopharm on the acquisition of the vaccines, Hungarian Foreign Minister Peter Szijjarto said in an interview with RT broadcaster, published on Sunday.

Hungary already included Sputnik V in its vaccine portfolio without the relevant approval of the EU watchdog. Moreover, Szijjarto himself was inoculated with the Russian vaccine.

"When it became known that we would be negotiating the acquisition of Sputnik V and Sinopharm, we were subjected to a major political attack," the minister said, adding that the "attackers" struck only because Hungary "looked to the east, instead of looking to the west" regarding the COVID-19 vaccine issue.

On Saturday, Hungarian Foreign Minister Szijjarto wrote on his Facebook page that he got inoculated with Russia's Sputnik V vaccine against COVID-19.

Within two weeks #Hungary will receive another 680,000 doses of #Russia's vaccine 🇷🇺.#RussiaHelps pic.twitter.com/KEH5AZYXyj

Hungary became the first EU country to break ranks and approve the emergency use of the Sputnik V shot, followed by Slovakia later. The Czech Republic is also in talks to secure a batch.

Meanwhile, he EU vaccination campaign has faced obstacles, with the latest one concerning the use of the AstraZeneca vaccine following reports of dangerous blood clots. The EU watchdog announced it had not found evidence that the vaccine was was associated with increased risks of blood clot events. Nevertheless, the concerns about possible side effects managed to cause a slowing down of the vaccination process

Russia firmly opposes the politicisation of the vaccine issue, as it believes there should be as many vaccines as possible "to give every country, including poor countries, an opportunity to inoculate population," the Kremlin said earlier.

With the European Medicines Agency (EMA) still reviewing Sputnik V, German Chancellor Angela Merkel also said this week that it was necessary to use Sputnik V in the EU, once approved by the watchdog, and if the bloc does not order it, Germany will do it on its own. Austrian Chancellor Sebastian Kurz has also called on the EU watchdog to authorise the emergency use of the Sputnik V vaccine, expressing a desire to get his own shot.

Globally, Sputnik V has already been authorized for use in 54 countries. Last month, the prestigious Lancet medical magazine published a study, according to which the vaccine efficacy stands at 91.6 percent.