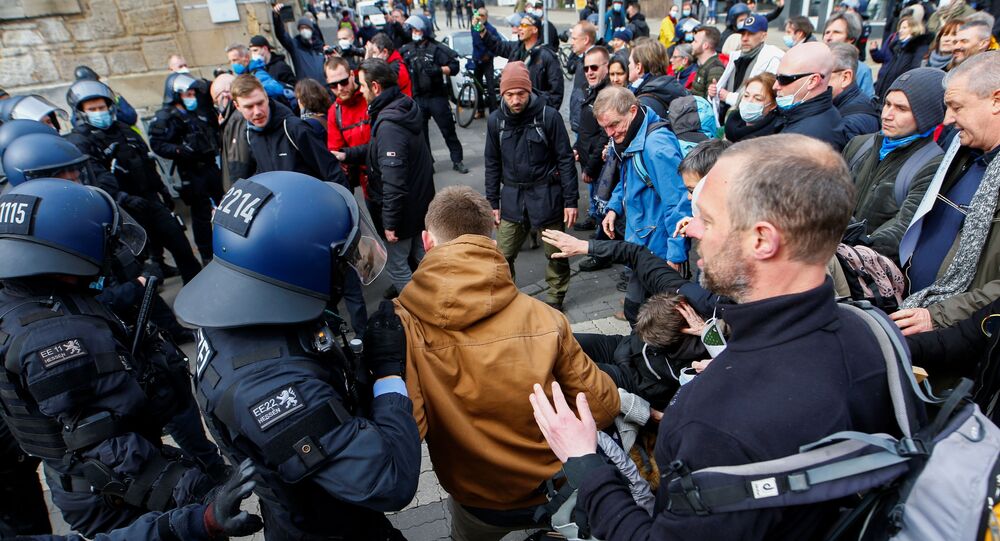 Anti-lockdown protesters took to the streets on Saturday in Berlin and other German cities, while demonstrators also rallied in other European countries.

Police reportedly used pepper spray and batons when protesters tried to break through a cordon in Kassel, Germany.

Local police were reinforced by their colleagues from North Rhine-Westphalia, Thuringia and Rhineland-Palatinate. In addition, federal police forces as well as a helicopter are said to be involved.

A Sputnik Germany employee was teargassed at the rally.

"It happened when they were taking a break from work. One of our employees was slightly injured when the police used tear gas," Sputnik Germany Editor-in-Chief Sergei Feoktistov said.

Now the staffer is well and continues to work.

While in Berlin, a group called 'Patriotic Opposition Europe' are rallying throughout the city to protest against Chancellor Angela Merkel’s government and the steps introduced to contain the COVID-19 pandemic.

​The rallies are expected to be met by counter-protests.