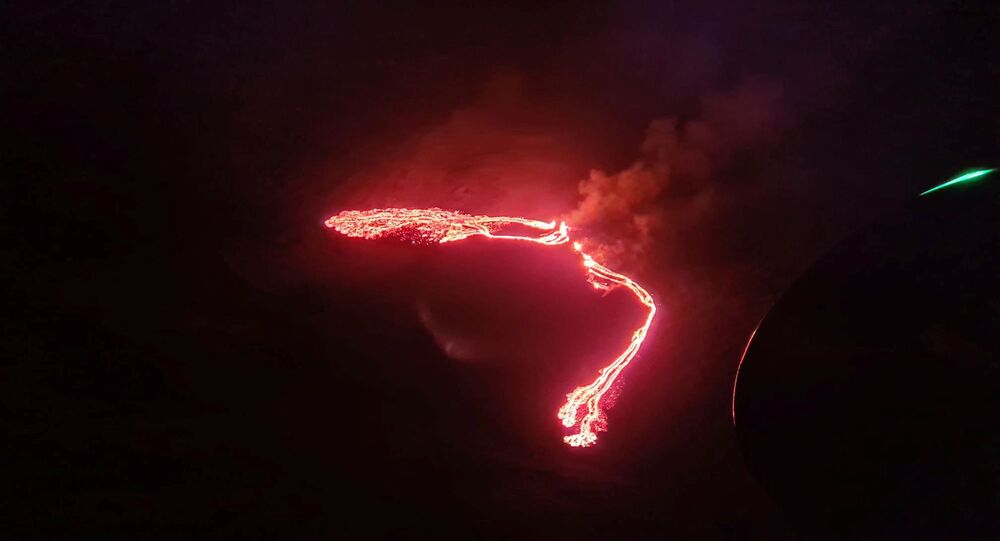 The IMO posted aerial footage of the eruption, which shows two flows of lava running slowly in opposite directions. It added that the crack is about 200 metres long. The red glow from the lava was reportedly seen in Reykjavik's outskirts, about 32 kilometres (20 miles) away from the scene.

According to meteorologists, there have been registered thousands of small earthquakes in the Reykjanes Peninsula recently.

A screenshot from the seismograph showing the hours before the eruption. A very low tremor is current to the right of the image and only on those monitors next to the eruption site, (bottom lines). The eruption starts at ca 20:45, time stamp is at the bottom. #Reykjanes #Eruption pic.twitter.com/OKMNBlthxX

This is the first volcanic eruption to occur in the area in nearly 800 years, while the volcano has been inactive for roughly 6,000 years.

The authorities have also closed the main road connecting the capital region with the international airport of Keflavik.

Iceland has more than 30 active and extinct volcanoes. The huge 1784 eruption of Laki caused a famine that killed about a quarter of Iceland's population. In April 2010, the eruption of Eyjafjallajökull resulted in a significant air traffic disruption in Europe.