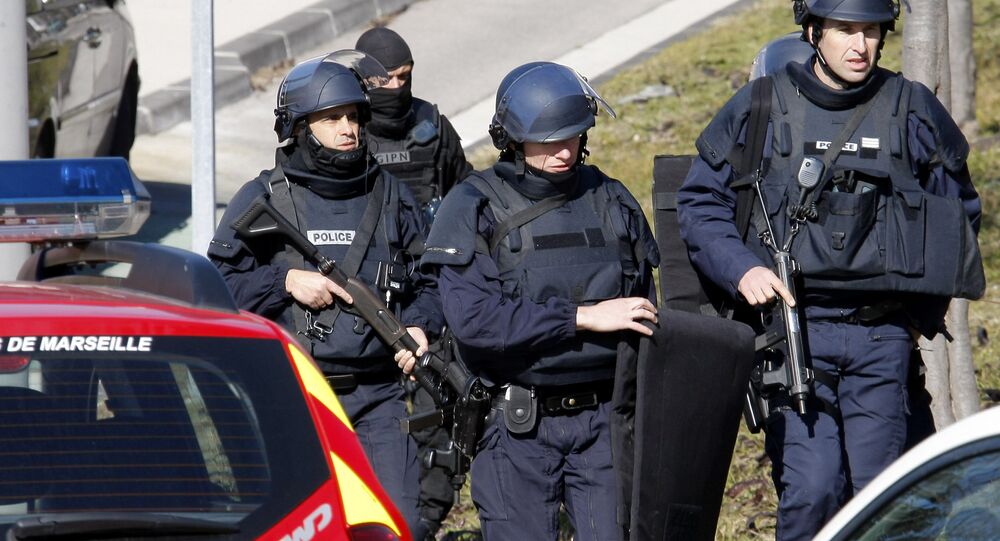 Police have encircled the area around the Saint-Roch church in Montpellier in southern France, where a 75-year-old sustained a severe throat injury at the hands of an unknown knife-wielding man, local media reported.

The French police are searching for a knife-wielding man, who slashed a pensioner's throat in the vicinity of a church in downtown Montpellier, France's south, according to an Actu.fr report.

The attack reportedly happened at around 11:30 a.m. local time, with the 75-year-old victim collapsing in a pool of blood.

According to Midi Libre, the man suffered a deep wound to the neck that severely harmed his carotid artery, the main vessel that transports blood to the head. He was rushed to a hospital, where he is said to remain in critical condition.

The motive for the attack is so far unknown, but reports suggest police, who have cordoned off the surrounding streets while searching for the cuprit, are not currently treating it as a terrorist attack.

In October, France was shattered by a stabbing spree at the Notre Dame Basilica in Nice, also in southern France, when three people including a church warden were stabbed to death by a suspected Tunisian-born terrorist. Migrant Brahim Aoussaoui, 21, entered the church holding a 12-inch knife and hacked at women inside. One victim was almost beheaded, and another struggled her way outside to call for help before she collapsed and died.