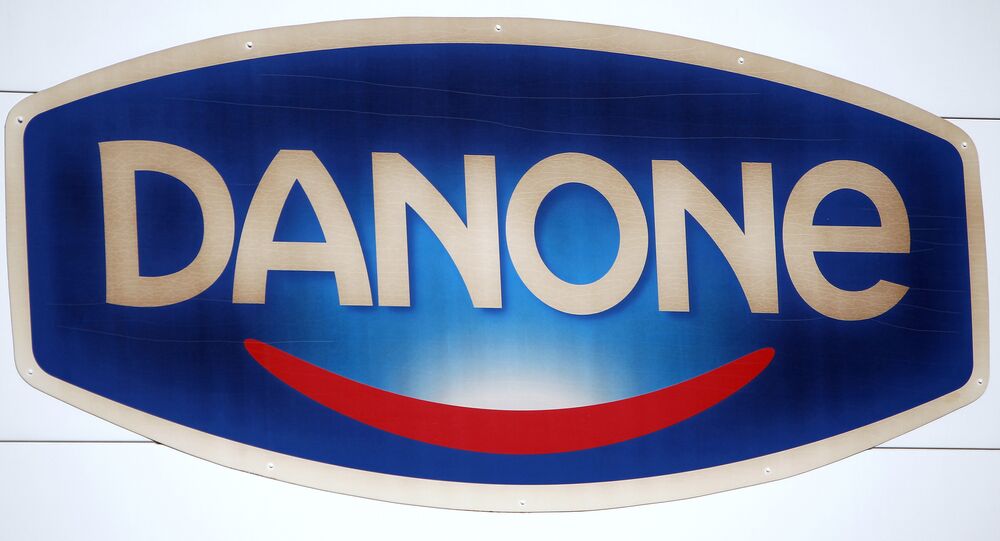 MOSCOW (Sputnik) - French food company Danone has removed its CEO, Emmanuel Faber, from his post after shareholders expressed dissatisfaction over his poor management of the group, Le Figaro newspaper reported early on Monday.

Faber had been in office since 2014, and later also took the post of the chairman, a role he was seeking to keep upon his agreement to step down from the CEO position as part of the group’s strategy to recruit a new head, launched in early March.

© AP Photo / Christophe Ena
France’s Economy Sees Record 13.8% GDP Plunge in Second Quarter Amid COVID-19 Crisis
The move to split the posts came in response to criticism from investors who claimed that Faber failed to keep the company’s profits on track amid the coronavirus pandemic.

Facing the pressure of the investors, the board of directors made a decision on Faber’s departure from both positions on Sunday. According to the newspaper, the board dismissed Faber from the chairman post due to several factors, including a lack of progress in the process of recruitment of the new CEO, as well as Faber’s alleged moves to influence the choice of his successor.

The board appointed Gilles Schnepp, the former CEO of the Legrand industrial company, as the new chairman of Danone. He is expected to speed up the search for a new CEO to remove uncertainties.