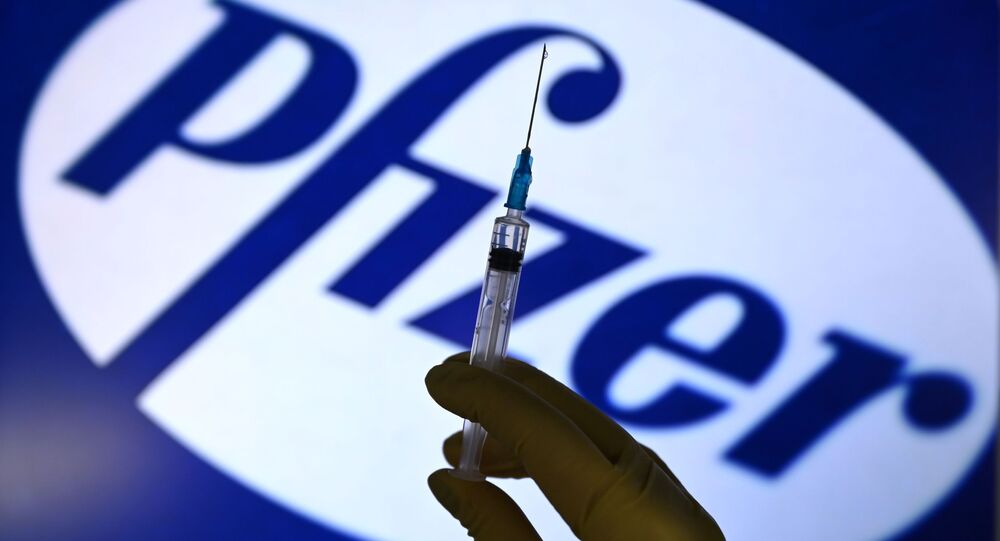 Europe’s pharmaceutical regulator confirmed in December 2020 that data had been breached in a cyber attack on the European Medicines Agency (EMA), adding that some third-party documents were unlawfully accessed, with Pfizer Inc and BioNTech SE confirming documents related to development of their COVID-19 vaccine had been “unlawfully accessed”.

Scientists of the European Medicines Agency (EMA) had reportedly raised concerns regarding the quality of some early batches of the coronavirus vaccine developed by Pfizer–BioNTech, writes the British Medical Journal (BMJ).

BioNTech, the German company which initially developed the vaccine, had partnered with the American big pharma company Pfizer for support with the clinical trials, logistics and manufacturing.

Batches of the Pfizer jab, sent to the EU bloc for approval last year, were discovered to be of a lower standard than initially promised, revealed leaked documents from the European medical regulator, according to the Journal.

In an email dated 23 November, a senior EMA official was said to have notified authorities of a 'significant difference' in the quality of the vaccines as compared to jabs in the Pfizer clinical trials. Concerns had been triggered by the "truncated and modified mRNA species present in the finished product".

Two 'major objections' had been filed by European Union officials to Pfizer in the wake of the alleged discovery. Furthermore, other quality control issues were also ostensibly raised ahead of the approval of the vaccine made using messenger RNA, or mRNA.

The technology delivers a fragment of genetic code to cells to make the surface protein (known as spike) on the SARS-2 virus.

The proteins, accordingly, activate the immune system, instructing it to perceive the spike protein as foreign and subsequently develop antibodies as weapons to fight it.

Only 55 percent of the mRNA in the vaccine batches in question were stable and intact - a factor that is essential to the potency of the vaccine - as compared to 78 percent in Pfizer's studies, alleged the report.

“The latest lots indicate that % intact RNA are back at around 70-75 per cent, which leaves us cautiously optimistic that additional data could address the issue,” an EMA official said, according to one of the supposedly leaked emails.

The volatile genetic material that the Pfizer vaccine is built on at the time of the reported developments required a storage and transportation temperature of -70C, otherwise it risked being damaged. Since then, updated guidance claims the jab can be successfully stored in a clinic fridge for five days before use.

The alluded to email failed to provide any details pertaining to the reasons for the alleged poorer quality, or its potential impact on the efficacy of the jab, only saying that it was 'yet to be defined'.

According to Pfizer, the affected jabs never reached the EU, where European regulators check every batch of the vaccine prior to use.

There is also no clarification as to whether quality concerns of a similar nature had been raised in the UK.

The Pfizer jab is one of two vaccines that have been rolled out, with more than 22 million people in the UK receiving at least one dose. The Pfizer jab requires two shots: a priming dose, followed up by a booster shot, with the interval between doses 21 days.

Whether or not the agency's concerns were fully satisfied is unclear, with the EMA approving Pfizer/BioNTech's vaccine on 21 December, having confirmed that the inoculation medicine was ‘sufficiently consistent and acceptable'.

The leaked emails are believed to be part of over 40 megabytes of classified EMA data that was breached after cyber attack last December.

Europe’s drugs regulator had confirmed at the time that third-party documents had been “unlawfully accessed” in the wake of a hacking attack. The EMA had informed "concerned companies” of the breach, which had ostensibly failed to affect its operations, or evaluation and approval of COVID-19 vaccines and treatments, reported Reuters in December.

“A criminal investigation by law enforcement authorities and other entities is ongoing and EMA is of course fully cooperating,” EMA spokesperson Monika Benstetter was cited by Reuters as saying.

Copies of the reported leaks from anonymous email accounts were sent to an array of journalists and academics.

Announcing that it has launched a criminal probe into the breach, the European Medicines Agency stated:

“Whilst individual emails are authentic, data from different users were selected and aggregated, screenshots from multiple folders and mailboxes have been created, and additional titles were added by the perpetrators.”

According to a Pfizer spokesperson cited by the Daily Mail, jab quality issues had been duly resolved with the EMA. Furthermore, it was claimed that none of the affected vaccines were rolled out on the continent.

“Following the initial disclosure of a data breach that occurred at EMA, some documents relating to the EMA's rolling review of the Pfizer/BNT vaccine clinical program have been found on the internet. Discussions with the regulatory authorities about the vaccine's quality aspects, including specifications, represent a normal component of the regulatory review process”, the spokesman was quoted as saying.

It was also added that “quality of all vaccine doses that are placed on the market in Europe has been double tested to ensure compliance with the specifications agreed upon with the regulatory authorities”.