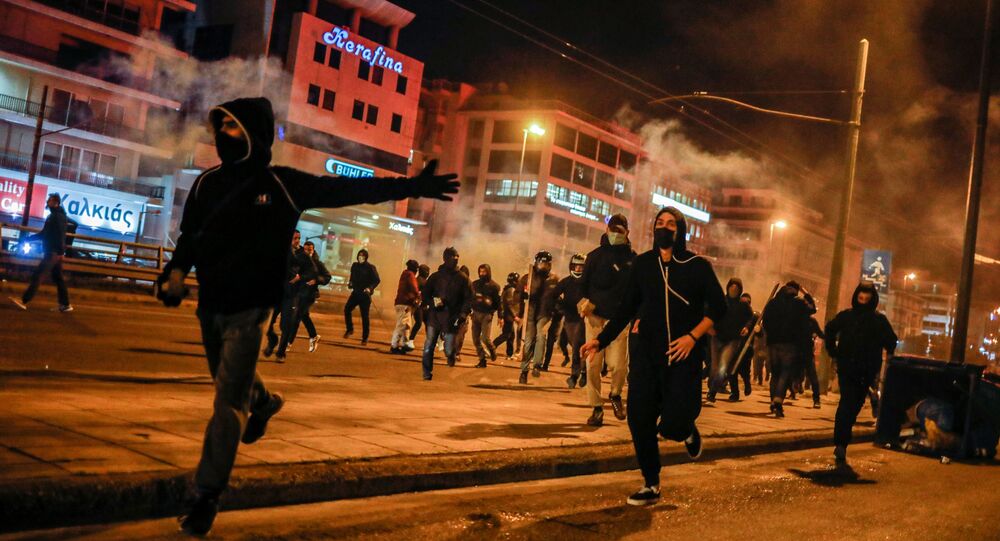 Protests in the Athens suburb of Nea Smyrni have been ongoing for several days now after a video emerged of police beating a local on Sunday for no apparent reason. On Tuesday, police deployed tear gas and water cannons after a crowd attacked them with Molotov cocktails, rods and batons.

Three of the 10 injured officers are currently receiving treatment in a hospital.

Another 11 people were detained in the unrest.

As for those arrested, they were charged with conspiracy for attempted murder, infliction of bodily harm, violence against officials, breach of public peace, arson resulting in danger to a person, manufacturing and storage of explosives, illicit trafficking in weapons, ammunition and explosive materials, as well as violations of coronavirus restrictions.