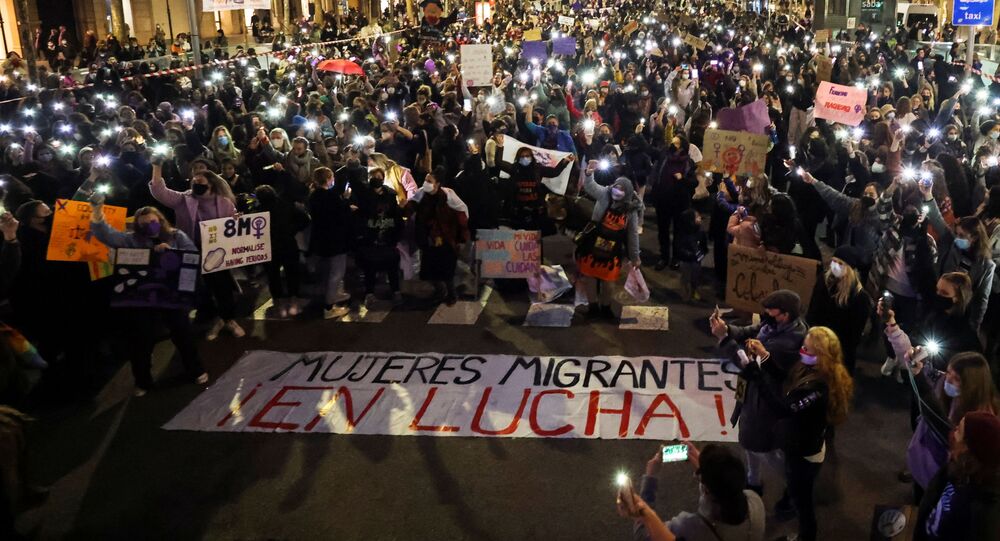 MOSCOW (Sputnik) - A man attacked five women with a pepper spray during a feminist rally in Barcelona on the International Women’s Day and was later detained by the police, the local media reported on Monday.

According to the El Periodico newspaper, the perpetrator had been asked several times to leave the area close to the protest due to security reasons. However, he refused, took out the pepper spray and attacked the demonstrators.

He was immediately detained by the nearby police officers. The source in the city council confirmed to the newspaper that the man has been charged with minor misdemeanor following reports from the five victims.

The emergency medical services told the news that the five women had been treated on site.

On 8 March , the International Women’s Day, thousands of Spanish women took to streets to take part in peaceful protests against gender violence and in support of equal rights. Barcelona saw the country's largest authorized feminist demonstration, capped at 3,500 people due to the COVID-19 restrictions.