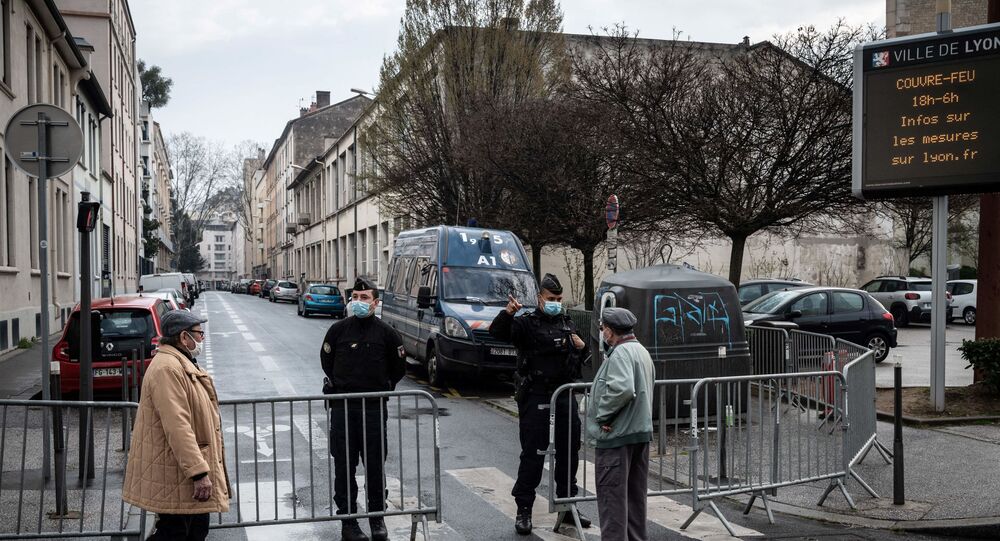 MOSCOW (Sputnik) - The administration of Lyon in southeast-central France on Sunday ordered the evacuation of 4,500 citizens to conduct an operation to deactivate a bomb dating back to World War II, media reported.

© REUTERS / POLISH 8TH COASTAL DEFENSE FLOTI
Largest Unexploded WWII-Era Bomb Detonates in Polish Channel After Deflagration Goes Wrong - Video
The bomb, weighing some 150 kg of explosives, was found on the construction site of a student residence in Lyon’s 9th district. According to experts, cited by the France 3 broadcaster, the device dates back to 26 May, 1944, when the city was bombed by the US as part of a plan to liberate it from German occupation. The bombing killed over 700 citizens back then.

On Sunday morning, the authorities evacuated some 4,500 residents of the area of concern as a precautionary measure to safely defuse the bomb, taking them to 5 temporary reception places. Besides, transport communications in the area were also restricted.

According to the media outlet, the device was successfully deactivated.