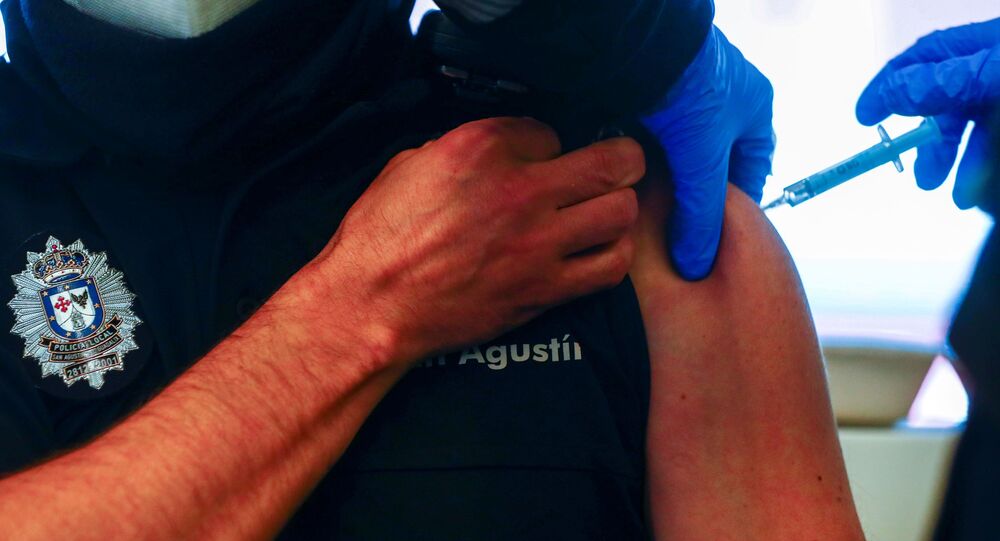 MADRID (Sputnik) - The mass vaccination of essential workers in Madrid has resulted in multiple disruptions, as many of them are unable to go to work due to side effects and poor health, a Sputnik correspondent reported on Thursday.

According to trade unions, one in three teachers did not show up for work the day after getting vaccinated due to an adverse reaction — fever, muscle pain or malaise. The unions also called on the authorities to conduct immunization separately and not to vaccinate all the teachers of one educational institution at the same time to avoid disruptions.

"There is no vaccination plan, it is not known when teachers over 55 years old or with chronic diseases from risk groups will be vaccinated. There is no guarantee that they will vaccinate those with whom contracts will be concluded later or those who are now on sick leave or parental leave," a representative of the Workers' Commissions trade union, Isabel Galvin, told Sputnik.

Meanwhile, the community's education council refuted the claim that the vaccination had caused disruptions, adding that the numbers of those experiencing side effects are exaggerated. The council also noted that some minor incidents were expected, as it is well-known that the vaccine can provoke some side effects, such as fever or muscle pain.

A similar situation is observed in other sectors of civil service. According to the Workers' Commissions trade union, some 15 percent of the police officers, firefighters, and civil protection and emergency officers, who have already received AstraZeneca shots, felt unwell.