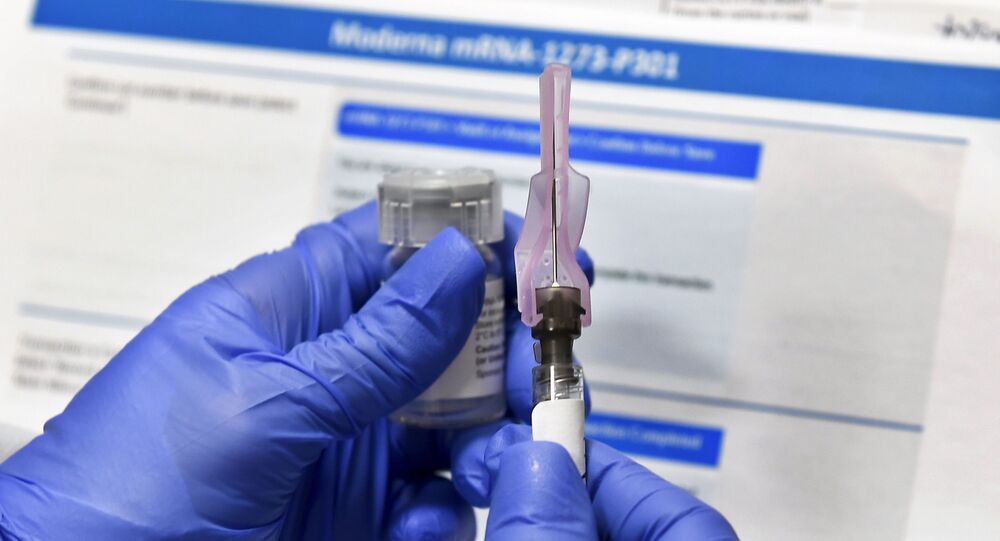 As part of the EU, France has experienced severe shortages in supplies of the AstraZeneca jab, which came amid a heated debate on its overall efficacy. Now that new studies have emerged alleging it could be more effective than Pfizer's brainchild, the EU is expected to press AstraZeneca to ultimately meet all of its initial delivery targets.

France will start immunising citizens above 65 years of age with the British-Swedish AstraZeneca COVID-19 vaccine, which flies in the face of President Emmanuel Macron, 43, having earlier personally doubted its effectiveness. Yet, he later said, citing new data, that he would gladly accept being inoculated with the Oxford-AstraZeneca COVID-19 vaccine if it were offered when his "turn comes".

French Health Minister Olivier Veran on Monday promised that the chimpanzee adenovirus-based jab will soon be made available to people between 50 and 75 with underlying health issues that make them more susceptible to the novel virus.

The decision that will balance out the vaccine's hotly-debated - and repeatedly questioned - use in all, especially older age groups, is expected to exert pressure on France's European neighbours to potentially reverse their stance on the Oxford-AstraZeneca inoculation, especially given recent data that the AstraZeneca jab reduces hospitalisations in over-65s by over 80 percent and slightly surpasses the Pfizer vaccine in efficacy.

As Europe has recently been under pressure for its slow vaccine rollout, widely seen as being plagued by supply shortages, regulator meddling, and large-scale red tape, Denmark and Austria on Tuesday confirmed that they will both look outside of the bloc for advanced COVID vaccines.

The EU has so far been lagging behind countries like post-Brexit Great Britain, in inoculating its citizens against the contagious virus.

The most recent vaccine data compiled by the European Centre for Disease Control indicates the UK vaccinated an average of 0.57 people out of every 100 per day last week - much ahead of the European average of 0.19 and France's average of 0.18. This roughly translates into 30 percent of the British population having received at least one dose of vaccine, which is way ahead of Europe with its average of 7.4 percent.

Germany is trailing slightly behind that estimate, with 7.3 percent of its population immunised, but France is much further behind with just 6.7 percent inoculated.

The French government, however, set itself ambitious goals and now seems to have had a change of heart over the AstraZeneca product, following a backlash against Macron's earlier remarks, when he said last month that the vaccine was "quasi-ineffective" in older people. What further added fuel to concerns at the time was a South African study that revealed the Anglo-Swedish jabs offered "minimum" efficacy among younger people, which talked many out of getting vaccinated at all.

France had previously restricted the use of the AstraZeneca shot to those aged under 50 and healthcare workers, despite the shot having been approved for use in all age groups across the EU in late January.

A separate French law, however, allowed those aged 50 to 65 who suffered from an underlying condition to be immunised with the Astra inoculation. All those aged over 75 had to be vaccinated with the Pfizer jab, even if they were in good health. The regulations created a certain ambiguity, as they totally left out the 65-75 bracket, as healthy people from this age group were too old for the Astra jab while too young for a Pfizer inoculation. Olivier Veran's announcement is understood to have clarified the ambiguity.

Likewise, Germany, who had also initially moved to restrict the use of the Astra shot, changed its tune soon after Macron said he would take it. Steffen Seibert, Angela Merkel's chief spokesman, said last week that the British-Swedish jab is "both safe and highly effective" and will "save lives", joining the country's health minister in advising people to take it.

EU chief Ursula von der Leyen, for her part, said that she would receive the Astra jab, irrespective of her fierce row with the drugmaker last month over delayed shipments to the EU, which has in recent months faced staunch criticism for its vaccination shambles.

"I would take the AstraZeneca vaccine without a second thought, just like Moderna's and BioNTech/Pfizer's products", von der Leyen told the newspaper Augsburger Allgemeine.

As many as 90 million doses are missing from AstraZeneca shipments in the second quarter of 2021, as an EU official familiar with the talks said AstraZeneca has warned that it may deliver only half of its promised batch of 180 million doses from April to June, due to disruptions at a Belgian factory.

AstraZeneca, which is producing vaccines at two UK plants, one in Belgium, one in the Netherlands, in India and the US, warned of shortfalls but continued to supply Britain in full, landing in the EU's crosshairs. The drugmaker is not exporting UK-made vaccines due to the terms of a separate contract with the British government, yet it has told the EU it could provide more shots from its global supply chain, namely from India and the United States, an EU official said last week.

AstraZeneca Sells Over $1Bln Stake in Moderna After Its Shares Skyrocket, Reports Say