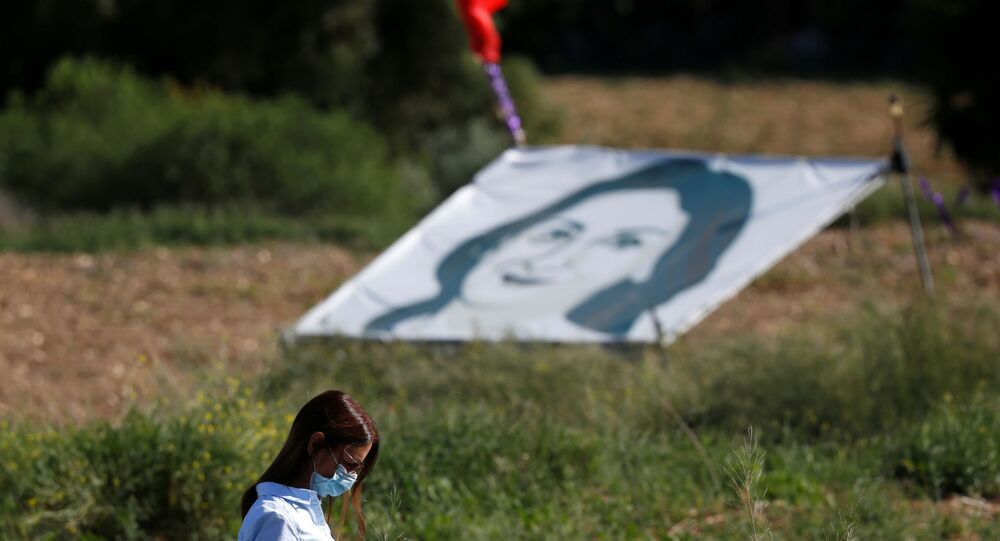 Daphne Caruana Galizia, an influential blogger in Malta who had reported on political corruption, was killed by a car bomb on 16 October 2017. The investigation into her murder has ended the career of the country’s prime minister and highlighted a seam of corruption.

Two men with ties to organised crime in Malta have been charged with providing the bomb which killed crusading journalist Daphne Caruana Galizia in 2017.

Robert Agius and Jamie Vella, both 37, were charged on Wednesday 24 February and have pleaded not guilty and also deny involvement in the 2015 assassination of lawyer Carmel Chircop.

Vella, who has tested positive for COVID-19, appeared in court in personal protective equipment.

​The arrests came a day after one of the suspects, Vincent Muscat, pleaded guilty to murder and was sentenced to 15 years in jail in return for giving evidence for the prosecution.

Last year the prime minister Joseph Muscat - no relation - was forced to resign after it emerged that his chief of staff, Keith Schembri, had been arrested in connection with a police investigation into money laundering from the sale of Maltese passports. Schembri denies wrongdoing.

Angelo Gafà claims everyone connected to killing of #DaphneCaruanaGalizia now apprehended, but these arrests ≠ #JusticeforDaphne.
Perpetrators and masterminds behind her assassination & those involved in the corruption she was investigating must all be held to account in court. https://t.co/Lx7D53Iq4Z

​In November 2019 Yorgen Fenech, a top Maltese businessman with close ties to the government, was arrested on his yacht as he prepared to flee the island.

He is alleged to have been the man who ordered Caruana Galizia’s killing and has been charged with conspiracy to murder.

On Thursday, 25 February, Malta’s Police Commissioner, Angelo Gafa, said he believed everyone involved in the murder had now been arrested.

Mr Gafa told The Times of Malta: "With the evidence we have, we are in a position to say that every person involved, be it mastermind or accomplice, is under arrest or facing charges.”

Caruana Galizia, 53, specialised in blowing the lid on corruption and cronyism among Malta’s political and business elite.

Robert Abela, the prime minister who succeeded Muscat, said on Thursday: “There is no doubt that what happened this week confirms there is rule of law in Malta” and added: “Anyone who thinks they can enjoy impunity is wrong.”