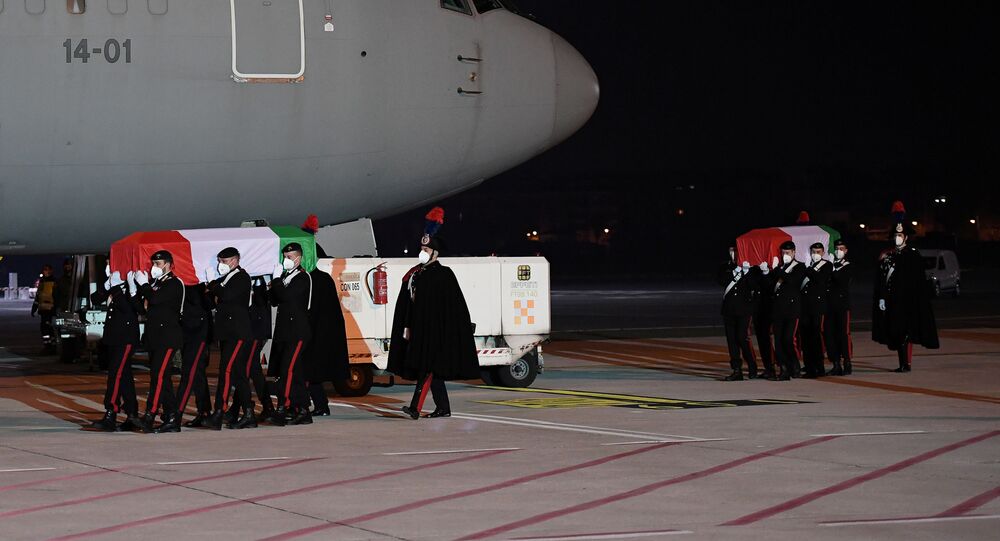 MOSCOW (Sputnik) - Italian Foreign Minister Luigi Di Maio has called the killing of Italy's Ambassador to the Democratic Republic of Congo, Luca Attanasio, and Carabiniere police officer Vittorio Iacovacci a ‘cowardly attack’ adding that Italy has requested a formal investigation of the incident by the UN and the World Food Program (WFP).

On Monday, Attanasio (43) and Iacovacci (30), accompanied by a Congolese driver, Mustapha Milambo, were killed while on their way from Goma to Rutshuru in the east of DRC to inspect a UN WFP school feeding program, ANSA news portal stated.

"We have formally asked the UN and the WFP to open an investigation that clarifies what happened, the reasons behind the security provisions used and who was responsible for these decisions," Di Maio said in his report to the parliament as quoted by the news agencies.

He also noted that a team from the Italian special operations group, ROS, arrived in DR Congo to gather the evidence needed for an investigation by prosecutors in Rome. Other investigative missions are to follow, Di Maio was cited as saying.

The DRC government has blamed the Democratic Forces for the Liberation of Rwanda (FDLR), a Rwandan rebel group, for the attack. According to the media, the two Italian officials were killed in a targeted attack by their assailants, ruling out the possibility of friendly fire from Congolese security forces as a cause of death. Autopsies of the bodies were scheduled for Wednesday.