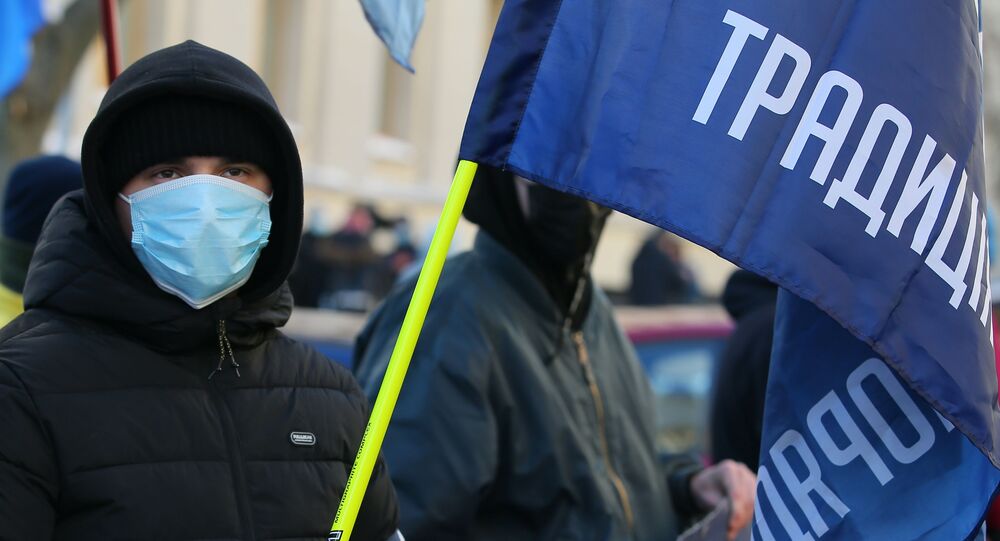 KIEV, February 24 (Sputnik) - Twenty-seven law enforcement officers were injured in clashes near the presidential office in downtown Kiev, the city police said in a statement on Facebook.

Clashes between the police and supporters of ex-head of the Odessa cell of the Right Sector extremist organization (banned in Russia) Serhiy Sternenko, sentenced to seven years for kidnapping, took place on Tuesday near the presidential administration of Ukraine in the country's capital.

During the clashes, the protesters used gas canisters and threw fires at law enforcement officers. 17 participants of the demonstration were arrested, according to city police.

"During the action, the participants used spray and flares. They did not react to the police officers' warning not to commit offenses, so verbal skirmishes turned into clashes. As a result, 27 police officers and National Guard servicemen received eye burns," the police said.

"Twenty-four active protesters were taken to a police station. They gave explanations and were released," according to the statement.

It said more than 2,000 people had taken part in the rally in support of Sternenko in Kiev.