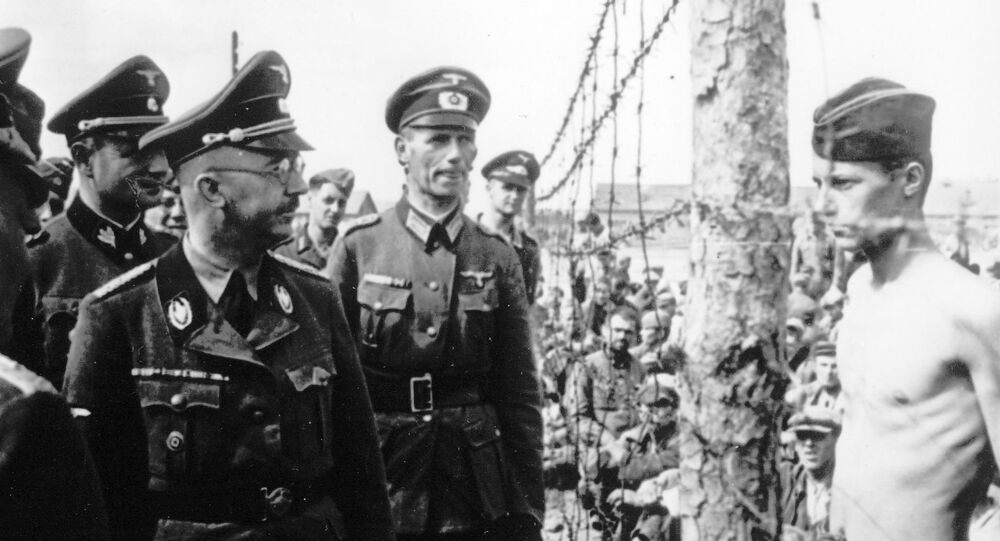 MOSCOW (Sputnik) - Germany's Central Office of the State Justice Administrations for the Investigation of National Socialist Crimes has initiated a probe into the engagement of Nazi soldiers in the killings of Soviet war prisoners in 250 concentration camps, the German Welt am Sonntag newspaper reported on Sunday.

According to the news outlet, the investigation focused on Nazi soldiers who served in German concentration camps where about 5.7 million of Soviet soldiers were detained, 3.3 million of whom died in captivity.

© Sputnik / Alexey Malgavko
Russia's FSB Declassifies Documents on Massacre of 900 Soviet Soldiers by Nazis in Crimea
Head of the office Thomas Will told the newspaper that the investigation would cover the guards who served in 250 German concentration camps.

"Our archives contain data on roughly 250 camps with the information about the guards who served there", head of the office Thomas Will said as quoted by the Welt am Sonntag.

The number of investigations against Nazi war criminals significantly increased after 2011 when Munich's court sentenced Ukrainian-born John Demjanjuk, who served as a guard at Sobibor extermination camp, to 5-year imprisonment over the accessory to the murder of over 28,000 Jews. However, in 2012, Demjanjuk died at the age of 91, and the sentence did not come into effect.