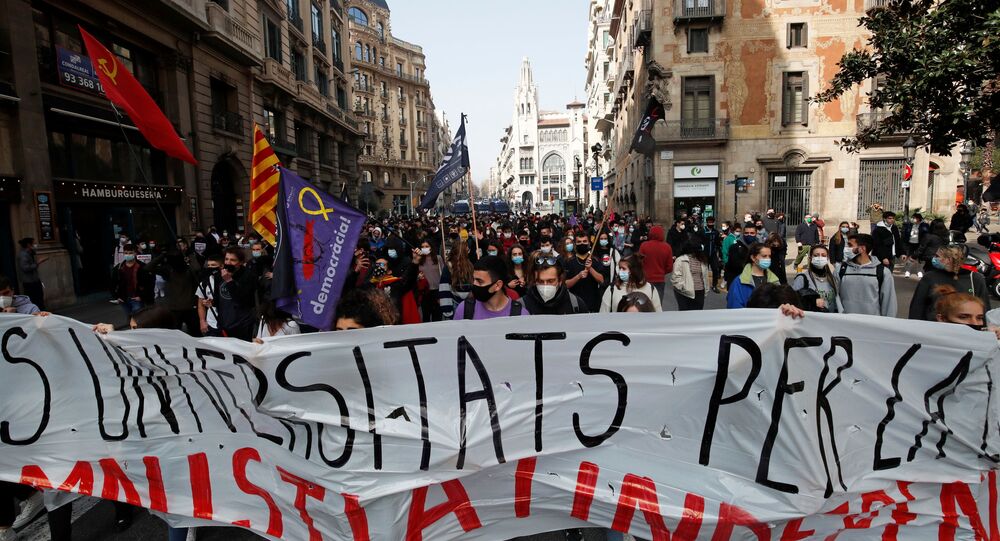 The 33-year-old rap artist, who is known for his leftist views, was detained earlier this week for alleged glorification of terrorism and slandering the Spanish monarchy.

Sputnik comes to you live from the Catalan city of Barcelona, Spain, where hundreds of student activists are taking to the streets to demand the elimination of a prison term for rapper Palo Hasel. The protests are entering a fourth consecutive day in dozens of cities across the country.

The protests erupted on 16 February and turned into violent riots, resulting in clashes with law enforcement officers. Dozens of rioters were detained during the clashes. A number of protesters and police officers were reportedly injured in the incidents.

Hasel was detained on Tuesday at the University of Lleida, where he had barricaded himself with roughly 50 supporters to avoid jail. In 2018, the Spanish National Court ruled that he had glorified terrorism and insulted the crown in the lyrics of his songs and in series of tweets, sentencing him to nine months in jail. He had been given until 12 February 2021 to turn himself in.