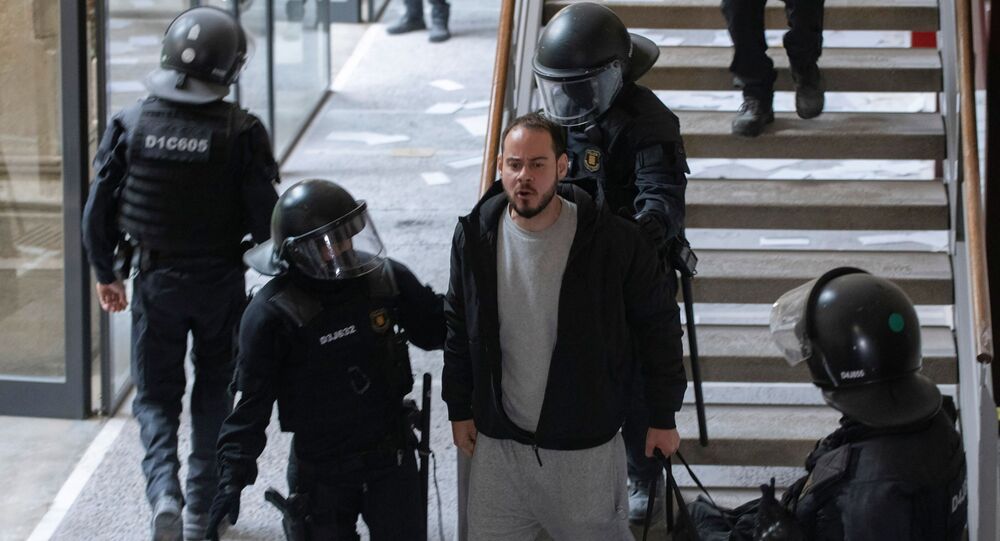 Spanish Rapper Barricades Himself in University to Avoid Arrest, Gets Busted by Cops

A Catalan police spokesperson explained that the cops entered the university "to enforce the judicial ruling" on the rapper’s arrest.

Pablo Hasel, a 32-year old Spanish rapper who barricaded himself inside a university after being sentenced to nine months in jail, was arrested by cops on Tuesday.

Hasel, whose real name is Pablo Rivadulla, was convicted for glorifying terrorism, slander and libel against the crown and state institutions, over a series of tweets “attacking the monarchy and accusing police of torturing and killing demonstrators and migrants”, as AFP puts it.

"They will never make us give in, despite the repression," Hasel said, as local TV broadcasted images of him being escorted by police out of the university.

The cops, clad in protective gear, had to dismantle makeshift barricades to reach the spot where the rapper was located, with a Catalan police spokesman explaining that officers entered the university building "to enforce the judicial ruling" on Hasel’s arrest.

The rapper holed up with a group of his supporters inside the University of Lleida, located in Catalonia, on Monday, insisting that if the authorities want to arrest him and put him in prison, "they'll have to break".

"I refuse to go of my own accord and knock on the prison door," Hasel said during an interview with AFP last week. "So they'll just have to come and kidnap me, which will show up the state for what it really is: a phoney democracy."