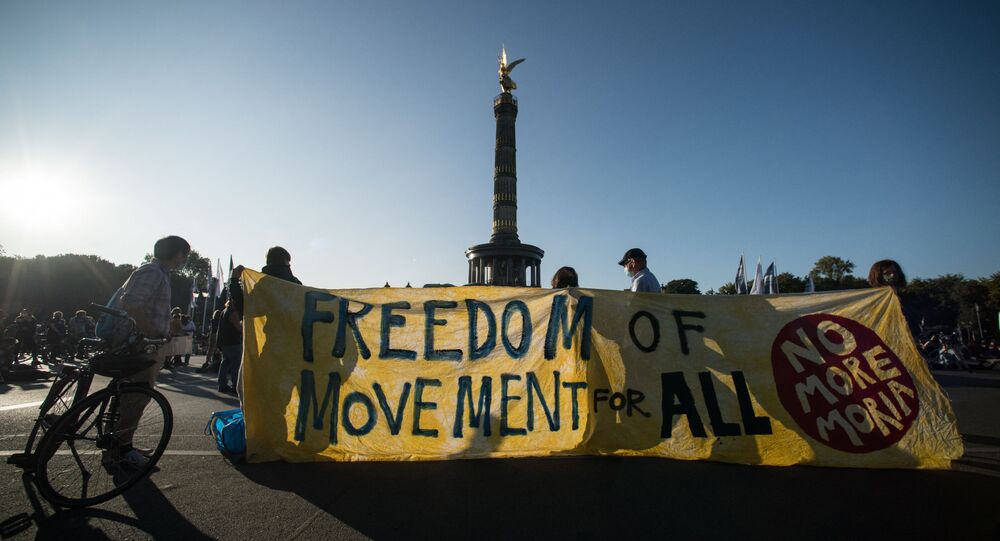 MOSCOW (Sputnik) - The European Union has admitted the drawbacks of its migration policies and decided to implement a new strategy on migration, but it is not able to improve the humanitarian situation in Greece that is overloaded with migrants, EU migration policy advisor of the Oxfam charity, Raphael  Shilhav said on Monday.

In September, the European Commission proposed a new Pact on Migration and Asylum to improve the EU migration policies. The new regulation is designed to implement efficient border procedures and oblige all the EU states to contribute to the migration system.

"The EU has acknowledged the failure of its old policies. While the new migration pact aims to balance responsibility-sharing across the EU, it is copying many of the previous flawed policies with member states already questioning its purpose," Shilhav said, adding that "Greece, overwhelmed with a backlog of asylum applications, has harshened its stance on asylum. Reforms to Greek asylum law, increased use of detention and more barriers to access asylum are just some of the measures taken."

According to the Advocacy Officer at the Greek Council for Refugees Spyros-Vlad Oikonomou, the 2016 agreement between the EU and Turkey on the migration to Europe through Greece only aggravated Europe's refugee crisis as Athens failed to deal with the huge flow of migrants.

"Particularly since the EU-Turkey deal was struck, the EU and its member states have been trying to export its responsibility to protect refugees and asylum seekers. In Greece, the deal saw harsher laws, overcrowded camps and a failing reception system. Europe must overhaul its asylum laws to protect the rights of those seeking safety while honouring the principle of solidarity between member states," Oikonomou said.

According to the International Rescue Committee, over 50,000 refugees are now living in Greece, including over 3,000 women and children migrants travelling alone. The humanitarian situation in Greece harshly deteriorated after, in September, a fire on the island of Lesbos destroyed Moria refugee camp, which hosted more than 12,000 migrants.