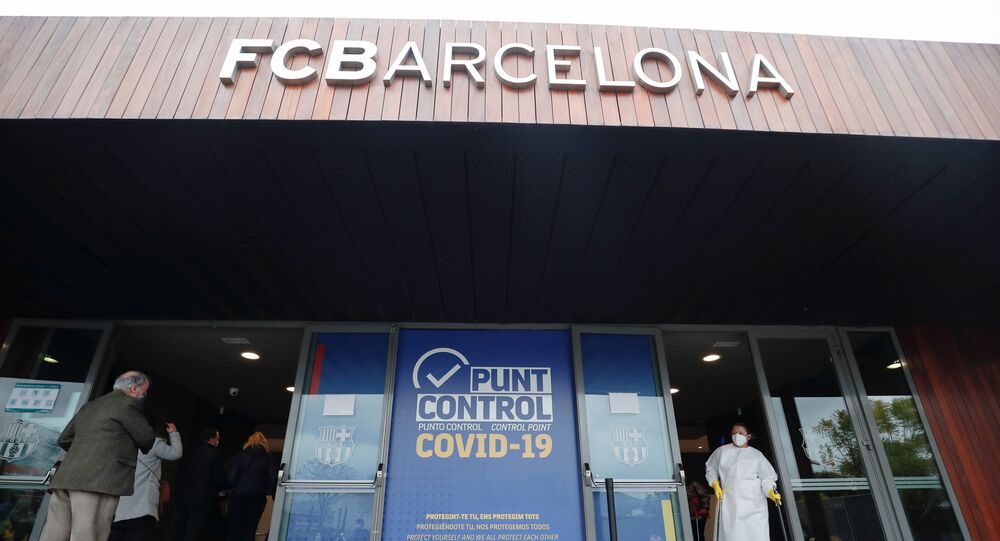 MADRID (Sputnik) - Almost 23 percent of eligible voters have cast early ballots by 01:00 p.m. local time (12:00 GMT) in Spain's autonomous community of Catalonia, which is electing lawmakers on Sunday, according to the local government.

Polling stations opened at 09:00 a.m. and will close at 08:00 p.m., with results expected at around midnight. A total of 5.6 million people are eligible to vote in the region.

In 2017, voter turnout in the parliamentary elections reached nearly 35 percent in the first four hours.

In late September 2020, when the Spanish Supreme Court confirmed regional leader Quim Torra ineligible to hold any elected office for one and a half years, prompting the need to schedule an early election.

© REUTERS / Albert Gea
A woman casts her ballot in a polling station at FC Barcelona's Auditorium, next to Camp Nou stadium, during regional elections in Catalonia, amid the outbreak of the coronavirus disease (COVID-19), in Barcelona, Spain, 14 February 2021. REUTERS/Albert Gea

According to a recent survey released by the Social Investigation Center (CIS), the Socialists' Party of Catalonia has the highest support of 23.7 percent. The Republican Left of Catalonia party comes second with 19.9 percent of the votes, followed by the Together for Catalonia party with 14.6 percent. All the three parties have shown support for Catalan independence from Spain.