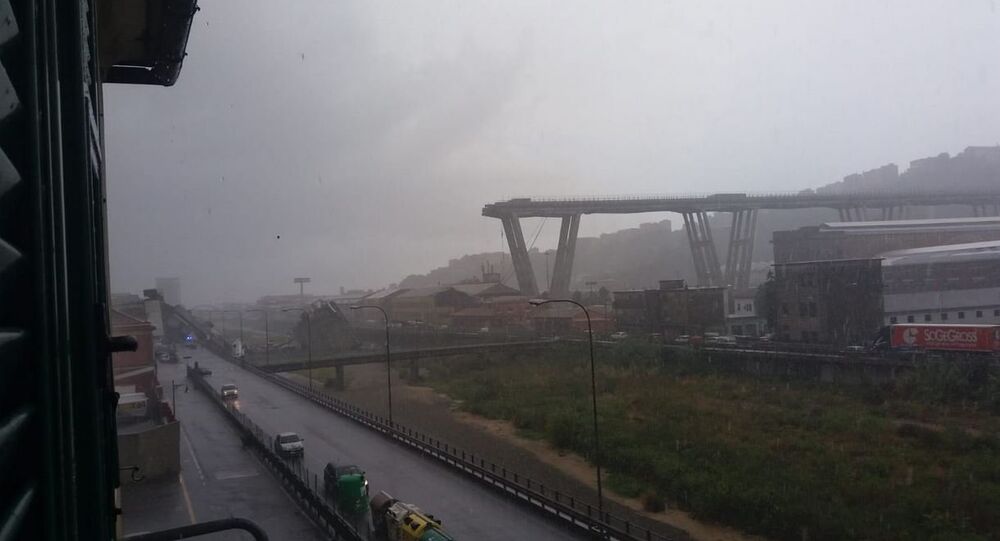 GENOA, Italy (Sputnik) - The committee announced its intentions after a new unity government in Italy headed by Mario Draghi, the former European Central Bank chief, was sworn in on Saturday.

The committee commemorating the victims of the Morandi bridge collapse in Genoa, Italy seeks to meet with new Italian Prime Minister Mario Draghi and new ministers of justice, transport, and infrastructure to discuss the investigation into the disaster and the future of the motorway operator Autostrade per l'Italia (ASPI), Committee President Egle Possetti said on Sunday.

"With the creation of the new Draghi government, two fundamental questions remain open to us: the Autostrade dossier waiting for a solution after the terrible tragedy that occurred, a solution which would respect the finances of citizens and the reputation of our nation; and the criminal justice dossier, which must improve the process and duration of criminal trials. We as family members cannot wait for years for a due justice that may never come", Possetti said in a statement.

ASPI was responsible for the management of the Morandi Bridge in Genoa before it collapsed in 2018, killing 43 people. It also entered into talks with the government to retain the concession to manage the bridge and motorways that were constructed in place of the Morandi Bridge.

© Photo : Ilaria/twitter
A motorway bridge which collapsed on Tuesday near the northern Italian port city of Genoa

The government's condition was the transfer of control of ASPI to a state-owned entity — the investment bank Cassa Depositi e Prestiti. The issue still remains open as ASPI insisted that the transfer be carried out on market conditions.

"We will ask for meetings as soon as possible with Prime Minister Mario Draghi and ministers [of justice] Marta Cartabia and [transport and infrastructure] Enrico Giovannini", Possetti said.

On 1 February, the second pre-trial evidentiary hearing on the collapse of the Morandi Bridge started in Genoa. It will last until the end of the month.

The preliminary hearings are being held behind closed doors to prepare evidence for the actual hearing. It is still unclear when the substantive hearings on the 2018 bridge collapse are going to start. The substantive hearings, however, will be public and relatives of the victims will be able to appear as parties in the civil process.