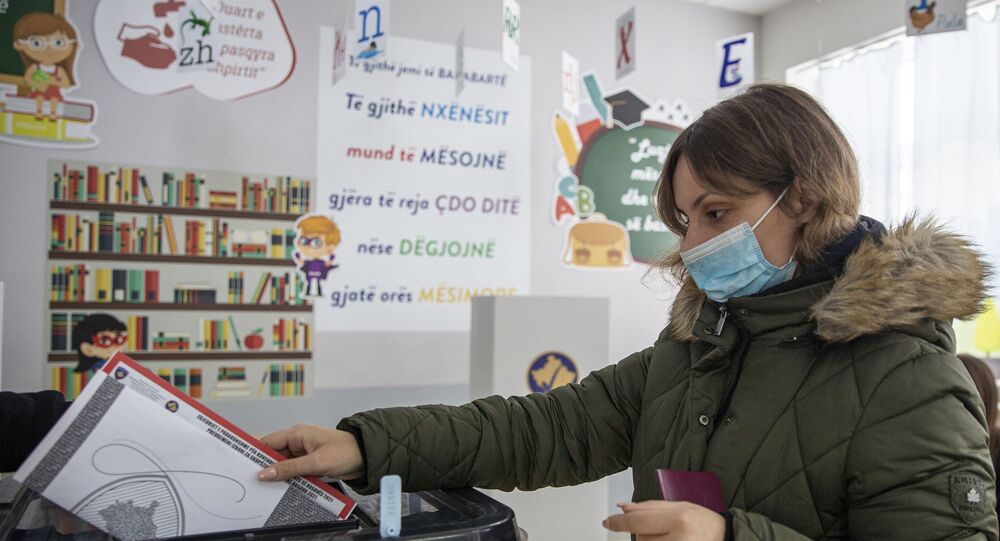 BELGRADE (Sputnik) - More than 2,200 polling stations have opened across the self-proclaimed republic of Kosovo, which is holding parliamentary elections on Sunday.

Some 1.8 million people are eligible to vote, the Central Electoral Commission said.

The polling stations will close at 7:00 p.m. local time (18:00 GMT). Kosovars living abroad voted by mail from 2-12 February. Over 19,000 local and international observers will be monitoring the voting procedure.

More than two dozen political parties are in a race to grab 120 seats. The Serb List party is expected to win 10 seats reserved for ethnic Serbs living in Kosovo.

According to opinion polls, the Self-Determination Movement (Vetevendosje) led by former Prime Minister Albin Kurti is expected to receive the most votes. The Democratic Party of Kosovo, founded by former President Hashim Thaci and ex-Parliament Speaker Kadri Veseli who are currently on trial in The Hague for war crimes, is expected to come second, followed by the Democratic League of Kosovo led by incumbent Prime Minister Avdullah Hoti.

Kosovo unilaterally proclaimed independence from Serbia in February 2008 and has since been recognised by nearly 100 countries. Serbia has not recognised Kosovo's independence and launched a campaign to convince other countries not to recognise it either.