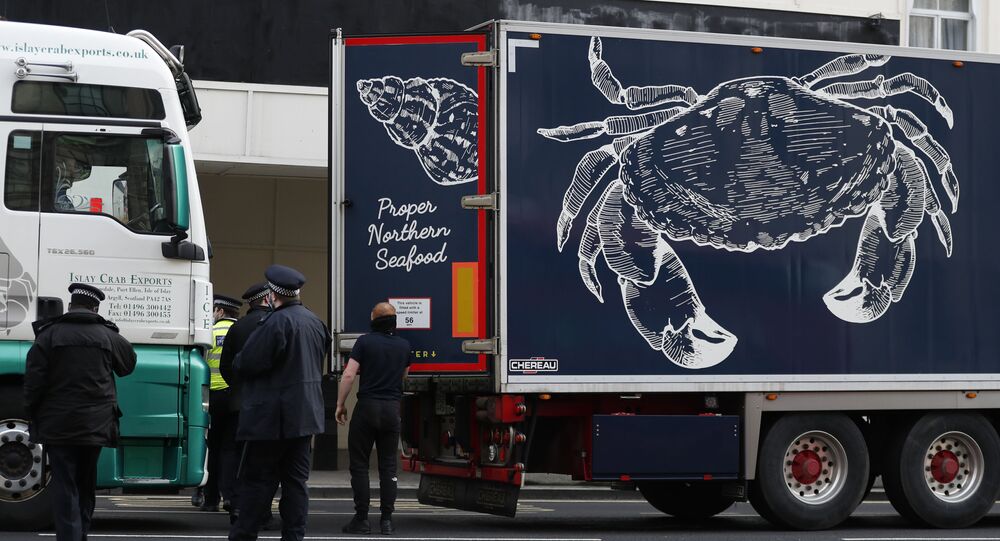 The Daily Mail has cited an unnamed senior British government minister as saying that the EU is looking to punish the UK for its success in the COVID-19 vaccine race by introducing a permanent ban on imports of live British shellfish.

"This is end-of-empire stuff. They are trying to punish us for daring to become a nation state [following Brexit], and dread us succeeding on our own in case it encourages others to follow suit. The triumph of our vaccine programme has led to this petty revenge", the minister asserted.

He referred to the EU's decision in early February to indefinitely ban British fishermen from selling live mussels, oysters, clams, and cockles from the UK's so-called "Class B" waters, where the vast majority of shellfish is caught.

The move means that as a separate country now, the UK is not allowed to transport shellfish to EU countries unless they have already been treated in special purification plants.

British Environment Secretary George Eustice, for his part, slammed Brussels' ban on unpurified mollusks as an "indefensible" decision that he warned may devastate the country's fishing industry.

Eustice was echoed by David Frost, the UK's chief Brexit negotiator, who is currently tasked with tackling the EU shellfish ban issue. "I think it's been more than bumpy, to be honest. I think it's been problematic. I hope we'll get over this", Frost said, referring to the matter.

His concerns were shared by a Shellfish Association of Great Britain spokesperson, who warned that the EU ban would ride roughshod over businesses.

"The majority of our live exports are to the EU. All of a sudden we're told we can't export any more. Defra [the UK Department for Environment, Food and Rural Affairs] repeatedly told us it had EU confirmation that this trade would be OK. We need to solve the problem now", the spokesperson underscored.

Defra, in turn, pointed the finger at the European Commission for the U-turn, arguing that "there is no scientific justification for this".

"We're seeking urgent resolution. We are willing to provide additional reassurances to demonstrate shellfish health but this must recognise our existing high standards and history of trade", Defra said in a statement.

The remarks came after more than 20 shellfish lorries, including one with the slogan "Brexit carnage", in mid-January parked on the road just metres from 10 Downing Street in central London.

The shellfish exporters explained that they were protesting in London over post-Brexit bureaucracy, which had been hindering their businesses, they complained.

© AFP 2021 / JESSICA TAYLOR
UK-EU Trade Deal: Johnson Vows to Use Legislative Freedoms 'to Deliver for People Who Felt Left Behind'
On 28 December 2020, 27 EU ambassadors unanimously approved the London-Brussels Trade and Cooperation Agreement, which came into force the next day and which, in particular, stipulates that EU boats are allowed to fish in British waters until at least 2026.

Under the deal, British fishermen are due to get an increase in their quotas over a five-year period and if at the end of that time London decides to expel all EU fishing boats then Brussels is permitted to respond with import taxes on UK fish coming into the bloc.