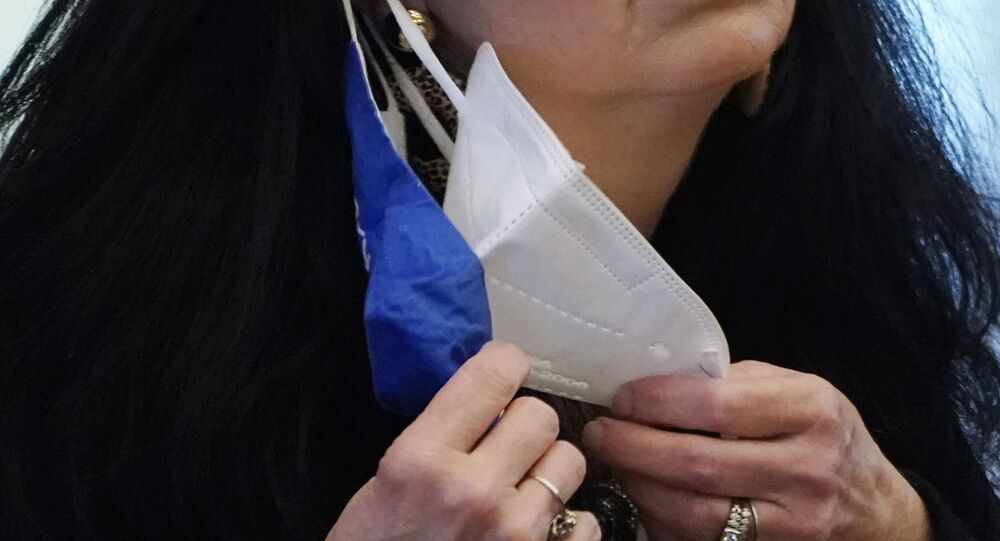 MURMANSK (Sputnik) - Norway is weighing the possibility of recommending double-masking to ensure better protection against the coronavirus after the United States released relevant guidance, the NRK broadcaster reported on Thursday.

Norwegian Health Directorate acting assistant Espen Rostrup Nakstad, who was previously skeptical about the idea of wearing two masks, admitted that this method could be effective.

"This method can have a significant effect if one mask is not put on quite correctly. Hence, it may be reasonable to use an upper mask, which will press the lower, medical, one, so that infection does not penetrate under it", Nakstad said, as quoted by the Norwegian broadcaster.

According to the official, masks that ordinary people mostly use do not provide proper protection, because they are not sealed sufficiently, unlike those used by medical personnel.

The Norwegian Institute of Public Health is now going to think double-masking over, he added.

On Wednesday, the US Centers for Disease Control (CDC) advised wearing a disposable mask underneath a cloth mask, so that the latter pushes the edges of the inner mask against the face. The guideline came after a CDC study found that double masking can block more than 92 percent of infectious particles.