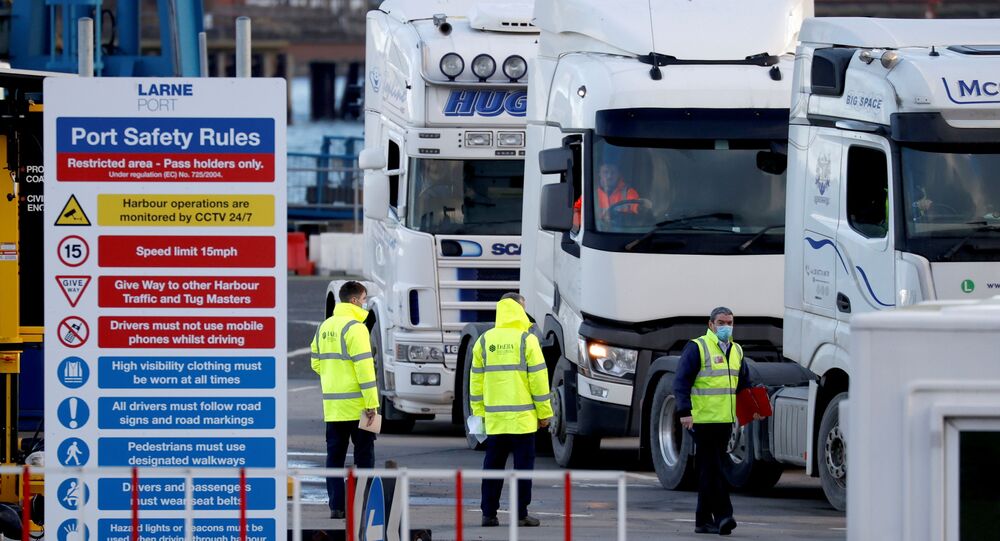 Last week, British Prime Minister Boris Johnson pledged that the UK "will do everything" it needs to do "to ensure that there is no barrier down the Irish Sea" even if it means triggering Article 16 of the Northern Ireland Protocol.

"The protocol is the solution agreed by the UK and the EU to these challenges: it is the only way to protect the Good Friday (Belfast) Agreement, preserving peace and stability and avoiding a hard border on the island of Ireland", Sefcovic noted in a letter to Cabinet Office Minister Michael Gove.

The Good Friday Agreement was concluded on 10 April 1998 between the British and Irish governments, as well as most of the political parties in Northern Ireland, and stipulated how Northern Ireland should be governed.

Sefcovic described the protocol as a document "designed to ensure clarity and predictability for people and businesses, while minimising the disruption inevitably caused by the withdrawal of the United Kingdom from the European Union".

"It is a balanced outcome after years of difficult negotiations and is now our mutually agreed legal obligation. I therefore agree that our shared objective is to work tirelessly in order to make the protocol work. It requires full and faithful implementation by both parties", Sefcovic added.

He singled out several fields in which he said the UK was not complying, arguing that Border Control Posts (BCPs) are not yet fully operational and that the UK has "not yet fulfilled its obligation”"to provide real-time access to all its IT customs systems.

At the same time, Sefcovic expressed hope that these are just "teething problems, for which we [London and Brussels] should be able to find swift solutions".

The remarks came after a UK government spokesperson voiced disappointment over what they described as the European Commission's failure "to acknowledge the shock and anger felt right across the community in Northern Ireland from its [Brussels'] decision to trigger Article 16, and the need to take urgent steps to restore confidence as a result".

The spokesperson said that "The Chancellor of the Duchy of Lancaster [Michael Gove] will underline the need for such action and political leadership in this regard when meeting with Vice President Sefcovic" in London on Thursday.

The statement was followed by British Prime Minister Boris Johnson vowing last week to trigger Article 16 of the Northern Ireland Protocol so as to prevent checks on goods going from Great Britain to Northern Ireland.

Article 16 is specifically designed to allow the EU or the UK to override the agreement in relation to the Irish issue if the protocol starts causing "economic, societal, or environmental difficulties".

Johnson's comments came as a response to a call by Brussels at the end of January to introduce export controls and checks along the border between the Republic of Ireland and Northern Ireland amid attempts to prevent COVID vaccines from being shipped to the UK from the EU over disagreements regarding AstraZeneca supplies.

Brussels made the decision, which was quickly reversed, without consulting London, something that understandably caused outrage among British and Irish officials.

© AP Photo / Peter Morrison
Irish FM Blames Brexit for Food Supply Disruptions in Northern Ireland
While the UK is no longer in the customs union with the European Union, Northern Ireland remains an entry point into it, creating a de facto customs border down the Irish Sea.

While there is also a three-month "grace period" allowing supermarkets to refrain from complying with all of the EU's usual certification requirements, the movement of food products along the GB-NI route has been facing challenging disruptions that are yet to be resolved.