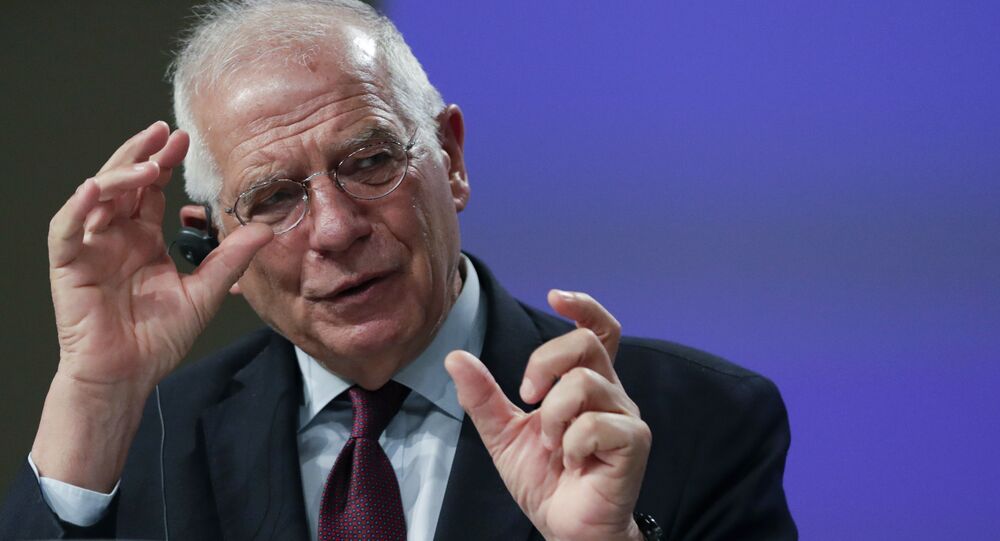 MOSCOW (Sputnik) - The European Union might impose new sanctions on Russia, the high representative for the foreign policy, Josep Borrell, said Tuesday, adding that he would make some "concrete proposals" at the upcoming high-level meeting.

"First we will discuss this issue at the Foreign Affairs Council on February 22, at the European Union Council in March. This will provide guidance on the way forward, and it will be for the member states to decide the next step, but yes, this could include sanctions, and I will put forward concrete proposals using the right of initiative that the high representative has," Borrell told the European parliament.

Borrell visited Moscow from February 4 to 6. During the visit, the EU top diplomat had a wide-ranging discussion on the EU-Russia relations and the global geopolitical landscape with Russian Foreign Minister Sergey Lavrov. He also met with representatives of Russian civil society organizations.

Upon his arrival in Brussels, Borrell claimed that Russia was disconnecting itself from Europe. The Russian Foreign Ministry said that it was surprised by the remarks, adding that they contradicted statements Borrell had made in Moscow.