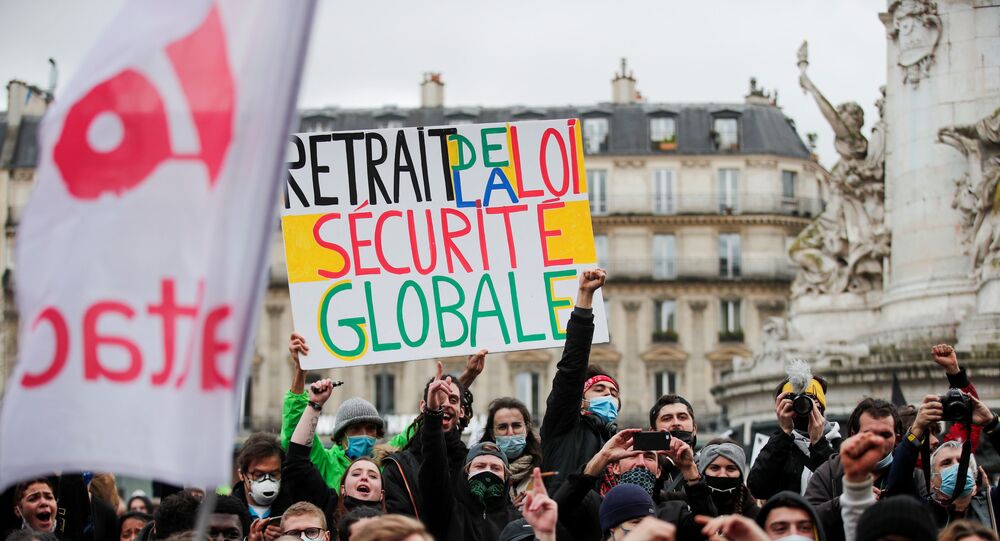 MOSCOW (Sputnik) - A rights group on Monday expressed concerns over police misuse during protest marches in France against the so-called "Global security" legislation which seeks to criminalize the distribution of materials containing images of law enforcement officers.

Mass protests against the bill were held across France starting last November when the bill sailed through the first reading in the parliament's lower house. They were marked by numerous detentions, arrests, and scenes of violent clashes between the police and demonstrators.

"Detaining people who are peacefully protesting against a law which would further trample over their rights is a move straight out of the ‘human rights violators’ playbook. These dangerous practices pose a grave threat to the rights of people in France," Marco Perolini, Amnesty International’s Europe Researcher, said.

He also noted that the controversial legislation would violate freedom of expression and prevent journalists from their primary function to inform the public by reporting on police brutality, which occurs during protests.

The lower chamber has since proposed to amend the controversial Article 24 of the legislation, which envisages a year-long imprisonment and 45,000 euros (over $54,000) fine for the dissemination of photos and videos of police officers with "an intent to harm them," a clause that critics of the bill consider to be a threat for press freedom.

The country’s upper parliamentary house will examine the legislation next month.