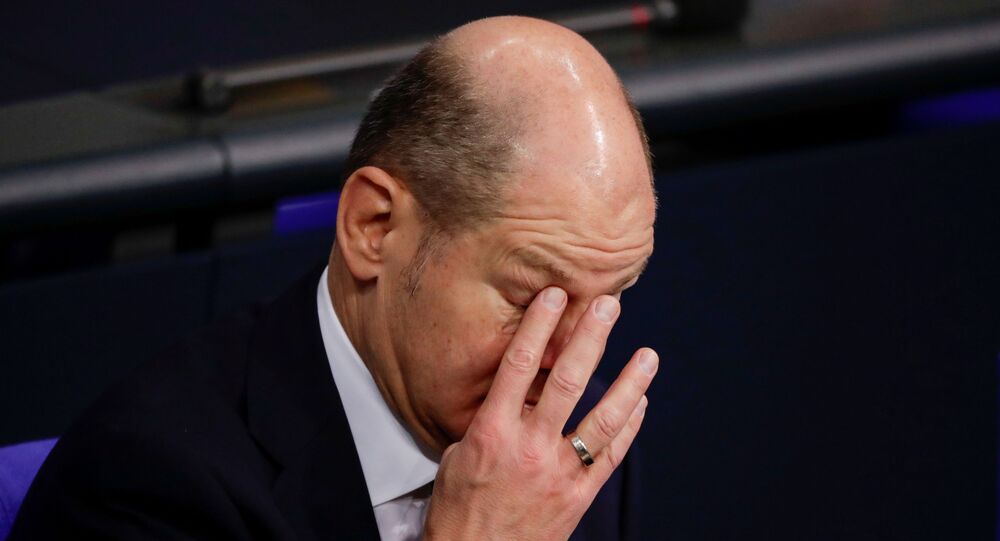 German newspaper Bild, which has become a harsh critic of the EU's handling of coronavirus immunisation efforts, doubled down this week with an editorial describing its powerful Commission as a dump for failed national politicians.

Scholtz made his incontinent outburst at a cabinet meting on Monday, inside sources told the newspaper, calling UVDL a "disgrace" before raging that Berlin could not afford to "let this s**t repeat itself".

His tirade was in sharp contrast to Merkel's Tuesday interview with public broadcaster ARD, in which she insisted "basically nothing has gone wrong" with Brussels' centralised management of vaccine approval and purchasing — which almost led to a trade war with the UK and the closing of the Irish land border last week before the commission was forced into a humiliating climbdown.

Von der Leyen has faced calls to resign over her insistence that none of the EU's 27 members' medical regulatory authorities could licence vaccines for use until the European Medicines Agency had done so, and that all procurement contracts had to be negotiated by the commission.

That resulted in months of delay while other nations placed huge orders, including with German drug giant Pfizer and Anglo-Swedish firm AstraZeneca — which the Commission threatened with legal action last week.

The EU is lagging far behind the post-Brexit UK in its coronavirus vaccination programme. Britain has given at least one dose to nearly 15 per cent of its population, more than six times the 2.4 per cent the EU members have managed. 10.5 million British residents have had their first dose, compared to 10.7 million in the EU.

“Angela Merkel ordered her away to the European Commission," Tiede wrote. "Just as Europe has been doing for decades with its discarded political personnel: disposed of like nuclear waste in the final repository of Brussels."

The German pundit grudgingly admitted that the "populist" Johnson had succeeded where the EU had failed.

"Now we see it. All of us – 83 million Germans, and all of Europe – under-supplied with vaccines, left lagging behind not only the US and Canada but also Britain!" Tiede lamented. "Of all the people it was Johnson who got it right: he ordered vaccines for the British in time, generously and sufficiently. In Surplus!”