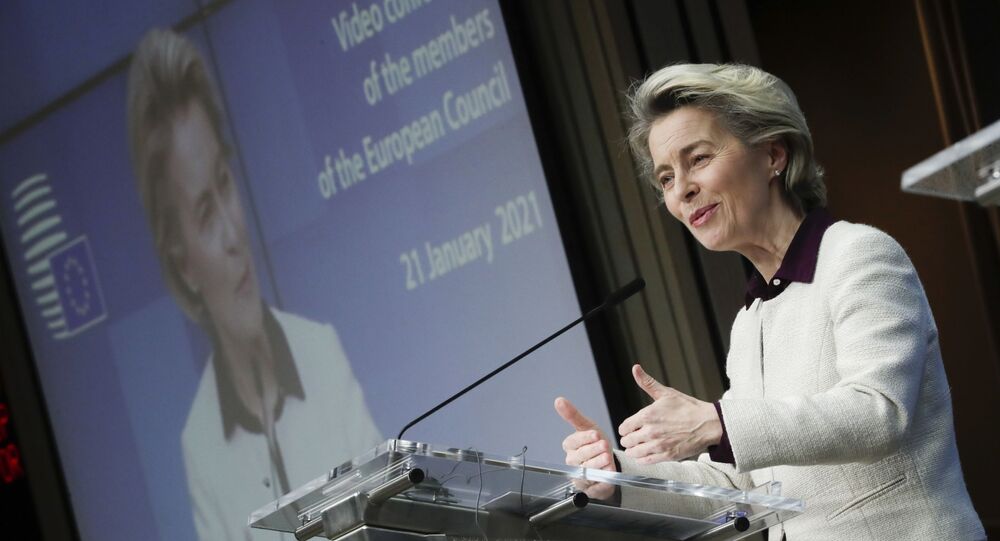 MOSCOW (Sputnik) - European Commission chief Ursula von der Leyen's recent remark on the possible approval of Russia's Sputnik V COVID-19 vaccine smacks of an attempt to save face and her position, Roman Haider, an EU lawmaker from the Freedom Party of Austria, told Sputnik on Thursday.

Haider's comments follow the EU authorities' attempts to grapple with criticism over the slowdown in vaccination across the 27-nation bloc.

The EU could approve Russia and China's coronavirus vaccines if their developers "show transparency," von der Leyen said on Tuesday.

"It would be funny if it were not so sad and also life-threatening: the vaccine from the 'evil' and much-maligned Russia is now supposed to make up for the complete failure of the EU leadership in the procurement of the сorona vaccine and save the position of the EU's top failure, Von der Leyen," Haider said.

Hungary was the first of the EU countries to start using the Russian vaccine, while Serbia hopes to set up joint production of Sputnik V.

In January, German Chancellor Angela Merkel said that Berlin could cooperate on Sputnik V production in Europe after its registration.

So far only three vaccines - from Pfizer, Moderna and AstraZeneca - have been approved for use within the EU, as one of the criteria for the vaccine contracts was that producers had the capacity to make them inside the bloc.