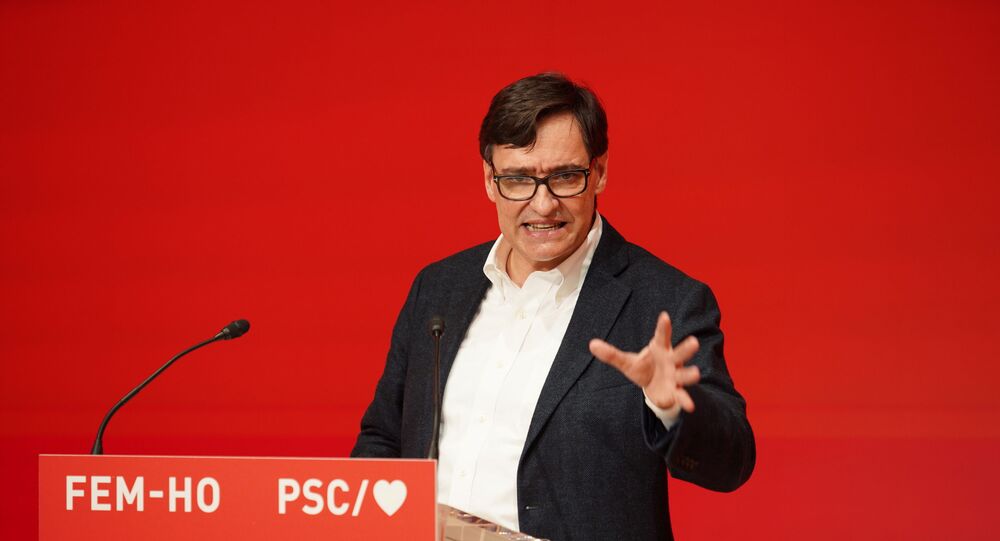 MOSCOW (Sputnik) - Former Spanish Health Minister Salvador Illa, candidate from the Socialist's Party of Catalonia (PSC), is favoured to win parliamentary elections in Catalonia, according to the survey released by the Social Investigation Centre (CIS) on Thursday.

According to the poll, the PSC party that advocates for the Spanish integration has the highest favourability rating with 23.7 percent.

The Republican Left of Catalonia party (ERC) comes second with 19.9 percent of the votes, followed by the Together for Catalonia party with 14.6 percent. All the three parties have shown support for the Catalan independence from Spain.

The poll was conducted 1-3 February, interviewing 1,838 people in four provinces of the autonomous community of Catalonia.

Catalonia will hold elections on 14 February despite the desire of the regional government to push voting to May 30 due to the COVID-19 fears. In September 2020, the Spanish Supreme Court ruled former Catalan President Quim Torra ineligible to hold any elected office for one and a half years. Catalonia has been left without a leader, prompting the need to schedule early election.