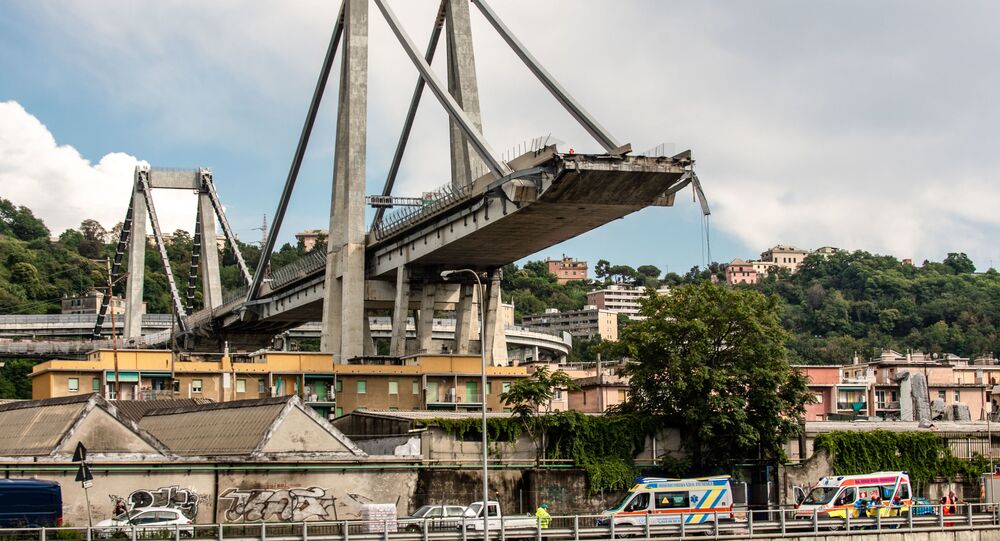 GENOA (Sputnik) - The second pre-trial evidentiary hearing on the collapse of the Morandi bridge, which led to the deaths of 43 persons in 2018, has kicked off in Italy's Genoa.

“The second preliminary hearing on the collapse of the Morandi bridge that caused the death of 43 people has begun at the Court of Genoa. I hope that soon, more than two years after that August 14 [of 2018], the families of the victims will be able to know the truth and have justice for their loved ones,” Giovanni Toti, president of the Liguria region, wrote on Twitter.

The preliminary hearing is expected to last for a whole month. The assessment prepared by the investigating judge into the causes of the collapse will be presented, and experts will answer the questions from the lawyers and the prosecutor’s office.

The previous pre-trial evidentiary hearing took place in July last year and focused on analyzing the conditions of the bridge at the time of the collapse. As a result, the prosecutor put 71 people in the register of suspects, including former employees of Autostrade per l'Italia (ASPI) and SPEA Engineering companies, which are both controlled by Atlantia (Benetton-led group) and were responsible for the maintenance of the Morandi bridge before it collapsed, and managers of the infrastructure ministry.

Preliminary hearings are held behind closed doors to prepare evidence for the actual hearing. It is still unclear when the substantive hearings on the 2018 collapse are going to start. The substantive hearings, however, will be public and relatives of the victims will be able to appear as a party in the civil process.