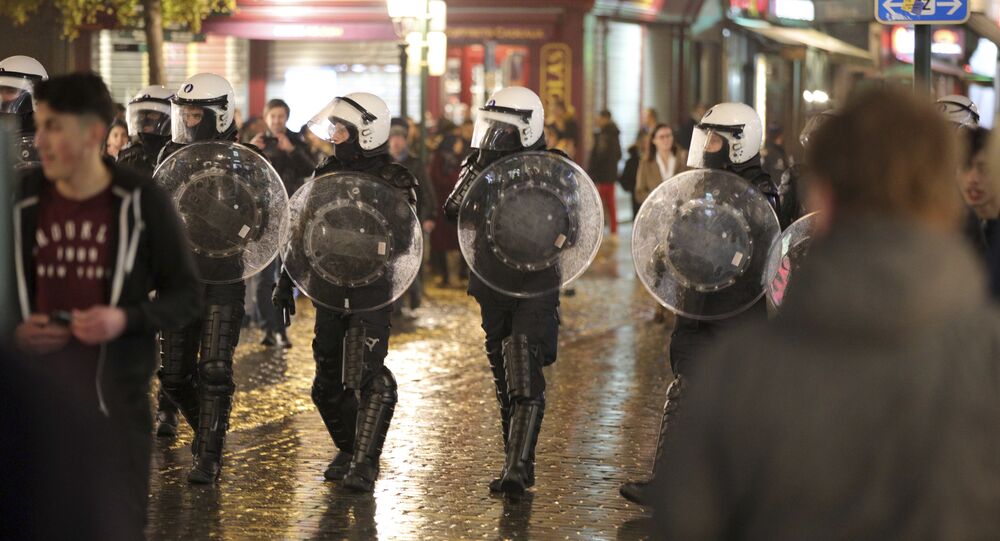 BRUSSELS (Sputnik) - An unauthorized protest against tougher measures to combat coronavirus was suppressed by police on Sunday in the center of Brussels, a Sputnik correspondent reported.

Reinforced police units immediately came to the square and pushed the protesters out. Several people were detained.

The organizers of the action previously asked for a permission to hold it, but the authorities refused to authorize the event.

​Several thousand people announced their intention to take part in the rally on Sunday in social networks, so the organizers themselves announced cancellation of the event. Nevertheless, a number of protesters still took to the square.

​Earlier in the day, several dozen protesters took to the square in front of the central station of the Belgian capital. They were chanting slogans against what they believe to be very excessive bans imposed by the Belgian government, which "violate the rights and freedoms of citizens."

Despite significant improvements of the epidemiological situation in Belgium, a curfew is still in place, bars and restaurants are closed, and mass gatherings are prohibited. In addition, from 27 January to 1 March, the authorities banned travel outside the country without a proper reason.