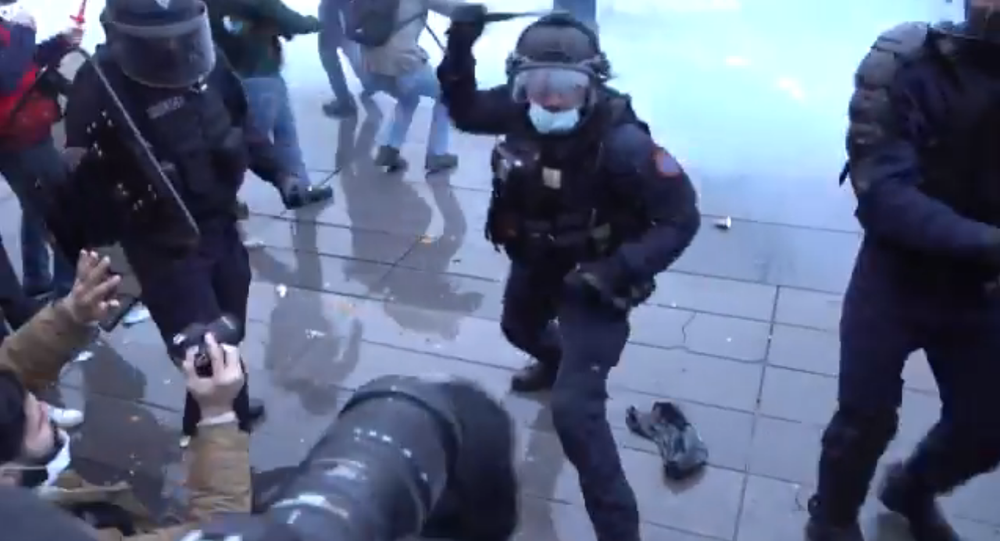 Some 32,000 people across France for the second Saturday in a row are protesting a security bill that criminalizes the dissemination of photos and video of police officers "with intent to harm", an estimated 5,000 in Paris alone, according to interior ministry figures seen by the French news channel BFMTV.

PARIS (Sputnik) - The Paris prefect has ordered an internal probe into the beating of a protester by an officer at Saturday's rally, a French news channel BFMTV reported, citing a police source.

Two videos posted online show a Paris police officer beating what appears to be an unarmed demonstrator with a baton.

The incident occurred amid Saturday protests against a security bill that aims to punish the filming of on-duty officers amid concern that it will prevent journalists from documenting police brutality.

The interior ministry said two officers were slightly injured during Saturday’s demonstrations and 35 people were detained, 28 in the capital, where a crowd of angry protestors hurled bottles and firecrackers at police.

The security bill in question was passed by the lower house of the French parliament in late November 2020 and has triggered a wave of protest across France, with more than 30,000 rallying nationwide last weekend alone to denounce the legislation.

Article 24 of the bill entails up to a year in prison and a 45,000 euro ($53,400) fine for disseminating video and photos identifying police officers with the intention to harm them – penalties that critics suggest are a threat to the freedom of the press to record incidences of police violence. In a bid to address the concerns, the lower chamber has now proposed to amend the clause.

The upper house of the French parliament will review the bill in March.