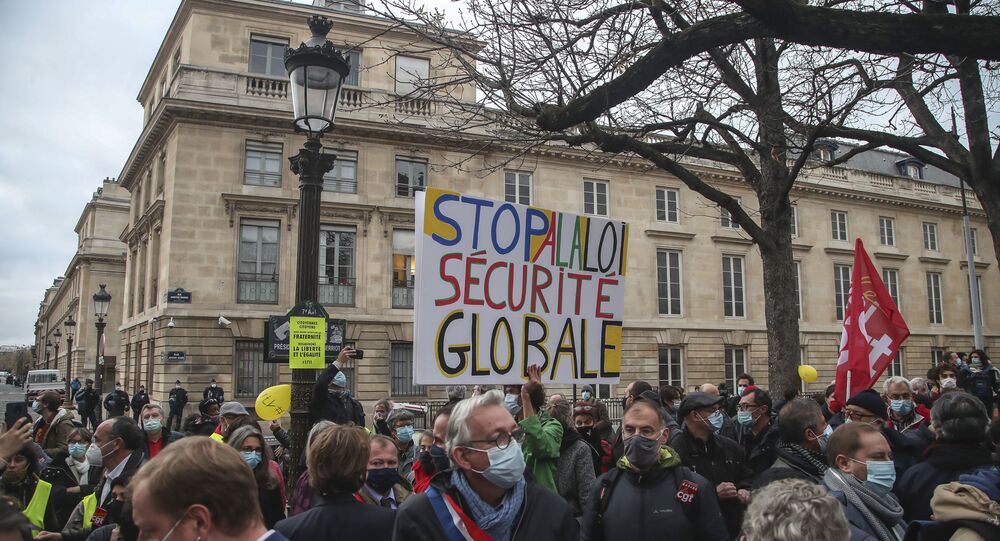 PARIS (Sputnik) - Police in Paris have used water cannons and tear gas against protesters, who threw bottles and firecrackers at law enforcement officers during a rally against a security bill that would curb filming of police officers, a Sputnik correspondent reported on Saturday.

About 5 p.m. local time (16:00 GMT), aggressive young people who had joined the protest on the Place de la Republique square began to provoke the police by throwing various objects at them. In response, the police used water cannons and tear gas, and started arresting them.

​Saturday's gathering was organised by an initiative group, which includes several trade unions of journalists.

Mass protests have been held in Paris and other French cities after the lower house passed in the first reading in late November a controversial security bill criminalizing the dissemination of photos and videos of police officers "with intent to harm" them.

Article 24 of the bill entails up to a year in prison and a 45,000 euros ($53,400) fine for disseminating videos and photos identifying police officers with an intention to harm them – penalties that critics deem a threat to press freedom. In a bid to address the concerns, the lower chamber proposed to amend the clause.

The upper house of the French parliament will review the bill in March.