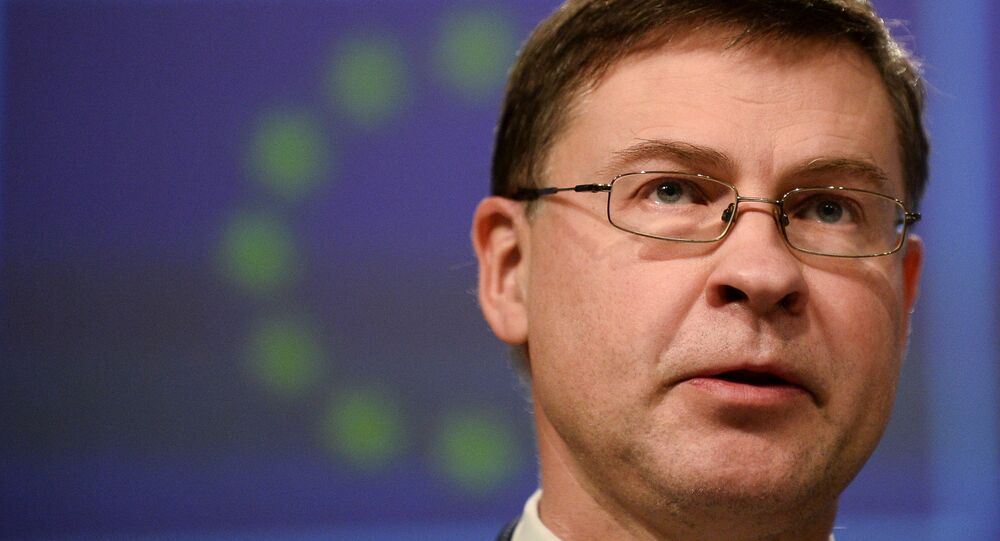 EU Health Commissioner Stella Kyriakides claimed that "draconian" vaccine export controls are not aimed punishing the UK for the EU's supply dispute with AstraZeneca. Her fellow commissioner, Didier Reynders, however, has accused the UK of starting a "vaccine war".

The European Union (EU) has slapped restrictions on exports of COVID-19 jabs outside the bloc — further escalating a vaccine trade war with the UK.

The European Commission — the EU's top body — announced new controls on Friday to force firms such as Pfizer to seek permission before exporting life-saving vaccines. They will also be forced to reveal who they have sold vaccines to previously, so Brussels can know what other nations are purchasing.

Firms applying for export permission "will have to provide information on their exports, export destinations and quantities... for the period covering three months" before Saturday, Commission Vice President Valdis Dombrovskis said, in order to "shed light on export tendencies in recent weeks and months."

​The rules will come into force on Saturday and will stay in place until March.

EU Health Commissioner Stella Kyriakides claimed the demands for privileged commercial information was in the interests of "transparency", and insisted that — despite days of accusations that the UK was hoarding supplies of AstraZeneca's Oxford vaccine — the measure was not aimed at any one country.

Her colleague, former Belgian foreign minister and currently Justice Commissioner Didier Reynders, however, has accused the former EU member the UK of trying to provoke a "vaccine war".

"The EU commission has pushed to co-ordinate the vaccines contracts on behalf of the 27 precisely to avoid a vaccines war between EU countries, but maybe the UK wants to start a vaccine war?" he told the BBC. "Solidarity is an important principle of the EU. With Brexit, it's clear that the UK doesn't want to show solidarity with anyone."

The effect of the new rules on nations outside the EU remains to be seen, but a tweet by European Commission President Ursula von der Leyen earlier on Friday suggested that Ukraine would have to wait for the Bill Gates-funded Covax scheme to begin limited deliveries mid-year.

Earlier on Friday, the EC published a redacted copy of its contract with Anglo-Swedish drug company AstraZeneca, in a bid to justify its demand that production at its UK sites for the domestic market be sequestered and exported only within the EU. Kyriakides issued that demand earlier this week after the pharmaceutical firm blamed problems in scaling-up production at its Belgian and Dutch sites for the delivery of only 25 million of the EU's 400 million-dose order.

© REUTERS / DINUKA LIYANAWATTE
AstraZeneca Contract Belies EU Claim on UK-Made COVID-19 Vaccines
Clause 6.2 of the contract permits AstraZeneca to fulfil earlier orders before supplying the EU, which held back a contract between the company and a consortium of France, Germany, Italy and the Netherlands for three months last summer due to the EC's insistence that purchasing be handled centrally.

Von der Leyen has faced harsh criticism in her native Germany for the slow pace of vaccine delivery to the 27 member-states of the bloc, while a post-Brexit UK has immunised over five times as much of its population as the EU.

On Friday afternoon, the European Medicines Agency finally announced their approval for the AstraZeneca jab, although that seemed to contradict advice from the German Vaccines Commission that over-65s — a priority group for inoculation — should not be given the Oxford jab.

Von der Leyen took credit for the vaccine's licensing in a tweet, while reiterating her demand for prompt delivery.

French Economy Plunges Into Deep Recession Due to COVID-19 Fallout