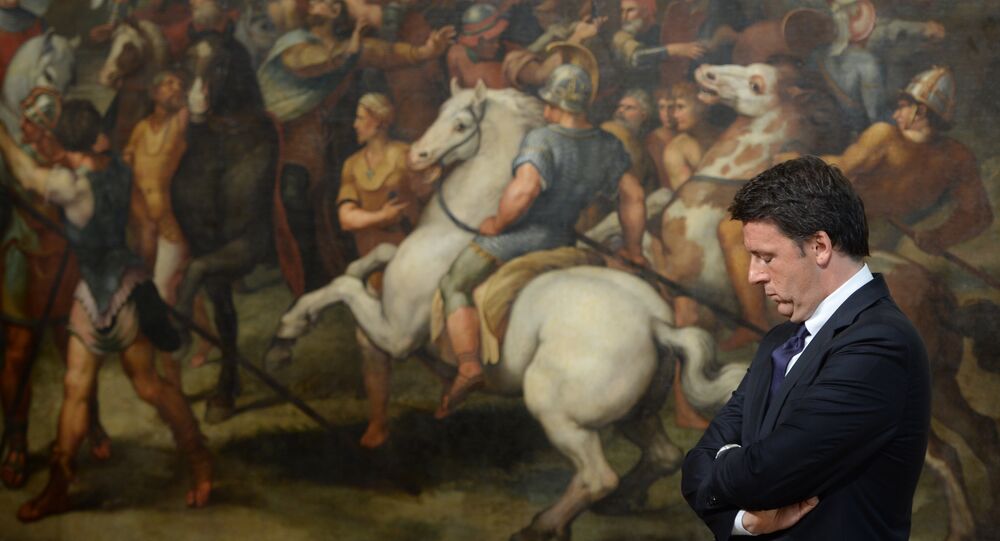 On Thursday, the party Italia Viva met with President Sergio Mattarella, who is currently engaged in consultations with major political forces in the wake of Prime Minister Giuseppe Conte's resignation.

"Elections at this stage would be a mistake for Italy and Italians. We therefore think that we will soon need a government. I do not see a possibility of forming a political majority that would not include Italia Viva", Renzi said upon leaving the presidential palace.

According to the Italia Viva leader, his party did not offer Conte's candidacy for PM during the meeting, noting that "we are in the next phase".

"We would prefer a political government, but we are ready to support an institutional one", he added.

After consultations with the president, sources in Renzi's party told reporters that he opposed giving Conte an immediate mandate to form a cabinet.

"First of all, it is necessary to find out whether there is a political majority. If there isn't one, a presidential government is good for us", Renzi reportedly said, as quoted by the national media.

Italy's ruling coalition was shaken after two Italia Viva ministers left the cabinet in protest against an economic recovery plan promoted by Conte. The plan specifies how Italy is going to administer funds that it will receive from the European Union's Next Generation EU instrument.

Conte stepped down on Tuesday after failing to secure an absolute majority during a Senate vote of confidence. While he received a simple majority of votes (156), it was too slim to count on parliamentary support for important legislative acts. Conte is now trying to build on his parliamentary majority in order to form a new cabinet.