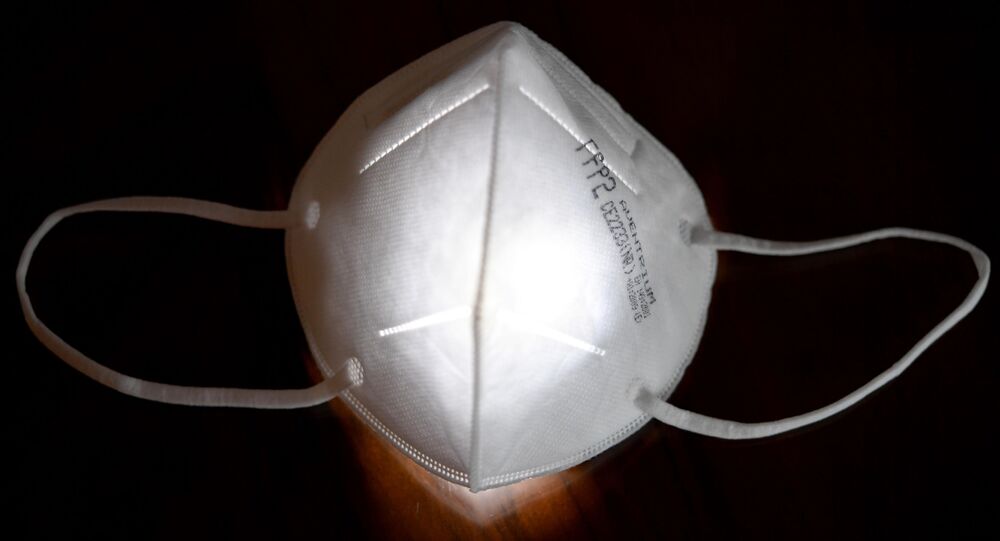 A number of high-ranking Swedish politicians, including cabinet ministers up to Prime Minister Stefan Löfven himself were previously caught breaking their own recommendations. In some cases, this led to resignations.

Sweden was long one of the few nations in the world to abstain from recommending the public use of face masks to curb the spread of coronavirus, but in January the Public Health Agency changed its guidelines to recommend face masks on public transport during rush hour.

According to the Public Health Agency's recent guidelines, people aged 16 and over should wear face masks on public transport between 7-9 a.m. and 4-6 p.m. on weekdays, unless it is possible to book a designated seat.

In his defence, Carlson argued that the guidelines don't include train platforms where, he argued, it was possible to maintain social distancing. He, however, admitted to having slipped up on another occasion, riding a bus from his home city of Uppsala, calling it an "embarrassing mistake".

Johan Carlson previously admitted to making pub visits during the corona pandemic, something that spurred a reaction from fellow restaurant guests.

When asked whether he thought it was especially important for him to be a role model in his capacity as Public Health Agency director general, Carlson answered: "Yes, I definitely think so. I really try to be, and observe the rules we issue. You have to handle it the way you want others to. Sometimes you forget, and it's human, but I think you have to work systematically on these issues even when it comes to your own self".

"It is quite obvious that we at the authority should also follow these rules and recommendations as far as possible", state epidemiologist Anders Tegnell told SVT. Ironically, he, too, earlier broke his own recommendations by coughing into his hand during a press conference instead of a bent elbow.

"It is extremely serious that leading representatives of the pandemic fight are ignoring their own words and decisions. Especially as it is frequently pointed out to people and businesses that are struggling hard to comply with these. You must live as you teach. An explanation is in place", regional councillor Kristoffer Tamsons from Stockholm tweeted.

​"Embarrassing", another user chimed in.

​"A complete joke", another noted with indignation.

It took a year for Sweden to even recommend masks on public transport, and now Swedish media report that Director-General of Sweden’s Public Health Agency, Johan Carlsson, traveled twice during rush hour on Stockholm public transport without a face-mask. Complete joke.

​Others found the mismatch between theory and practice "shocking" and "Orwellian".

It is shocking. He is the head of the bloody health authority. We are being ruled by some very psychologically sick people in Sweden. It is getting quite scary now and Orwellian.

​Carlson isn't the only one who has been caught not following the recommendations at all times. His Danish counterpart Søren Brostrøm admitted in November to taking his face mask off on a train for a coffee, and then forgetting to put it back on.

Social Democrats heavyweight Dan Eliasson was forced to step down from his post as the director general of Sweden's Civil Contingencies Agency after he went on a trip to the Canary Islands during the Christmas break.

Both Prime Minister Stefan Löfven and Justice Minister Morgan Johansson were seen shopping during Christmas, despite their own guidelines to avoid busy places such as shopping centres.

Finance Minister Magdalena Andersson was photographed at a Swedish resort just before Christmas, despite recommendations to abstain from travelling.

As the disease continues to spread and the fatalities pile on, public trust in the responsible authorities, including the Public Health Agency, the Contingencies Agency, and the Social Service, as well as state epidemiologist Anders Tegnell, who is often credited with being the mastermind of Sweden's strategy, has plummeted.

In the meantime, the continued high death toll has had an effect on public confidence in the three responsible authorities, though support for Anders Tegnell still remains above 50% pic.twitter.com/rW2qO0jhQS