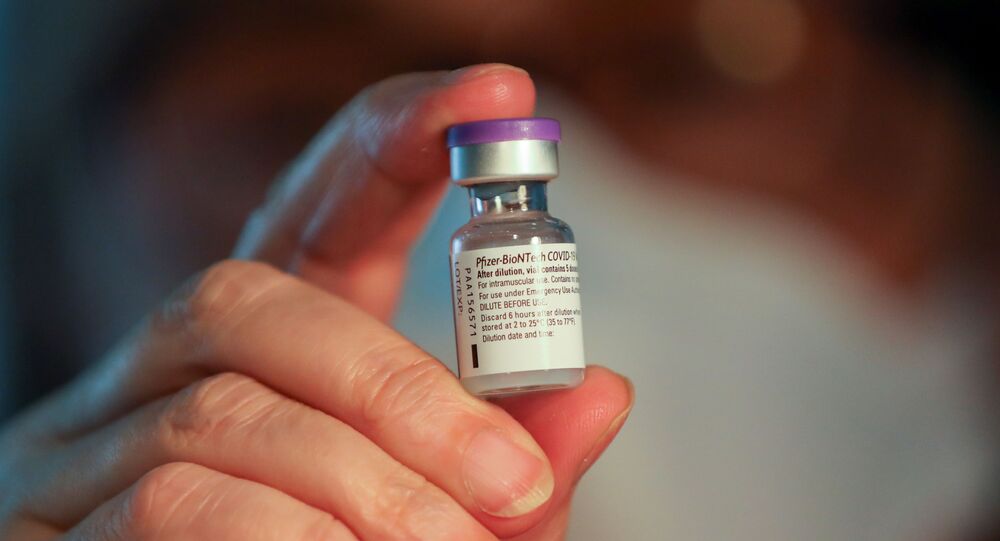 MOSCOW (Sputnik) – The European Union may block the export of the Pfizer coronavirus vaccine to the United Kingdom as a means of retaining stable vaccine supplies for its member states, media reported.

A 'vaccine war' was sparked by a decision by pharmaceutical multinational AstraZeneca to guarantee supplies to the United Kingdom, while delaying deliveries to the European Union over production problems.

London earlier ordered 40 million doses of the Pfizer vaccine, but now the delivery of that order is under threat.

“This would give the EU and member states the legal means, by adopting appropriate urgent measures, to ensure effective vaccine production and supply for our population,” Michel said in the letter commenting on the possible export ban of the vaccine.

The EU official reportedly added that he had made this suggestion to the president of the European Commission, Ursula von der Leyen.

© REUTERS / JOHANNA GERON
Sturgeon Accused of ‘Petty Politics’ for Taking EU Side as COVID Vaccine War Hots Up
Another media outlet, Politico, reported on Thursday that the European Union would on Friday introduce a mechanism to allow member states to block vaccine exports worldwide.

The plan reportedly envisages that the EU will grant special authorizations to make vaccine exports possible. The bloc will grant such permits only after making sure that producers have delivered doses to the member states in numbers anchored by the advanced purchase agreements.

Two officials told Politico that poor countries and the international mechanism of COVAX would be exempted from the authorization requirement.