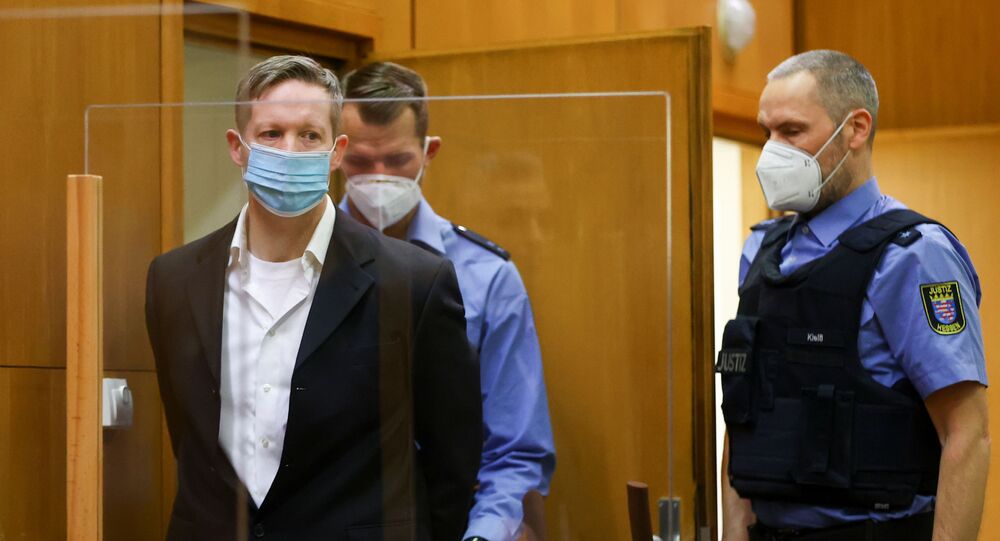 Prosecutors pointed out that Stephan Ernst had been motivated by “racism and xenophobia” as he moved to assassinate a German MP who has repeatedly called for supporting refugees.

A neo-Nazi sympathizer has been sentenced to life in prison for assassinating pro-migration German lawmaker Walter Luebcke on 1 June 2019.

On Thursday, 47-year-old Stephan Ernst was found guilty of gunning down Luebcke, 65, at his home near the town of Kassel, in what was thought to be Germany’s first political assassination since the Second World War.

Prosecutors said that the member of Angela Merkel's CDU party was shot in the head at close range, a killing that took place four years after Luebcke supported the German Chancellor’s decision in 2015 to open the country’s borders to migrants.

© REUTERS / Boris Roessler/Pool
Stephan Ernst, who is accused of murdering politician Walter Luebcke is listening to his lawyer Joerg Hardies at the Oberlandesgericht courthouse in Frankfurt, Germany January 14, 2021

According to the prosecution, Ernst had been motivated by “racism and xenophobia” as he decided to assassinate the conservative lawmaker, who delivered a speech in October 2015, in which he called for helping refugees and said that all those who defy this were “free to leave the country”.

Prosecutors pointed out that Ernst “increasingly projected his hatred of foreigners” on to Luebcke, following the MP’s speech.

© Sputnik / Vladimir Fedorenko
Iraqi Refugee Sentenced to Life Imprisonment in Germany on Rape, Murder Charges - Reports
Since the 1990s, Ernst has been known to police as a person who supported neo-Nazi ideas, with local media claiming that the 47-year-old took part in neo-Nazi clashes targeting a union demonstration in 2009.

Luebcke's assassination was followed by a synagogue shooting in the eastern German city of Halle which claimed the lives of at least two people and which was described as the country's worst anti-Semitic atrocity since World War II. 28-year-old neo-Nazi Stephan Balliet was sentenced to life in prison for being behind the attack.

This was preceded by German police being criticised for failing to tackle racist crimes after it emerged that the National Socialist Underground, believed to be a neo-Nazi terror cell, had killed at least 10 people, mainly migrants, between 2000 in 2007.