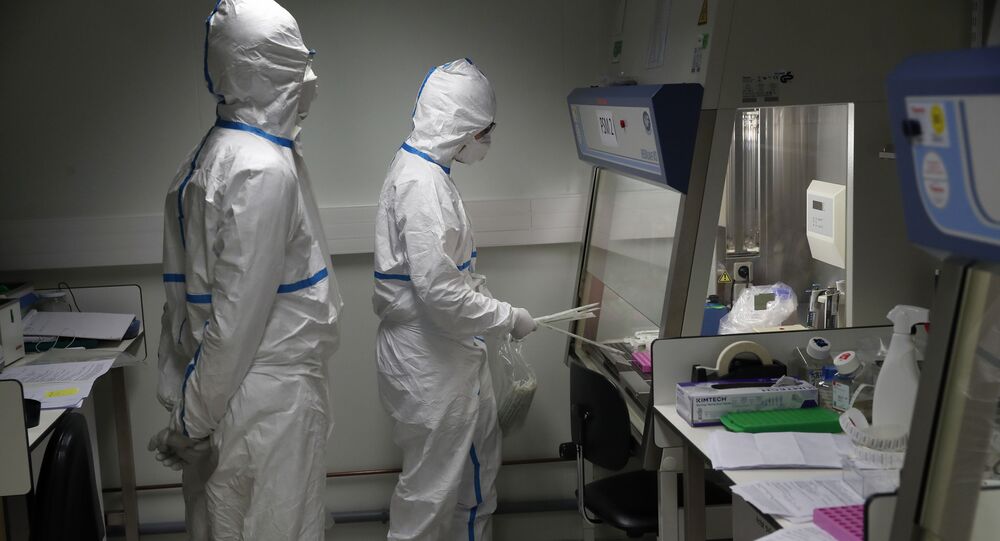 The official noted that the government might come up with the new restrictive measures up to a "very strict lockdown" to improve the epidemiological situation, which he said was "worrying."

"As of 8 January, there were 3.2 percent cases of the British [coronavirus] variant detected in France. Today our estimate is around 10 percent. It goes up fast," Attal said.

London declared the appearance of a mutated variant of the SARS-CoV-2 virus, which is reported to be 70 percent more transmissible than other strains, last month. Even though many countries around the world suspended travel to the UK, it did not prevent the spread of the strain across the world, including France, which detected the first case of the new variant in late December.

© AP Photo / Carlos Gil
The UME (Emergency Army Unit) attend the train station in Granada, Spain Tuesday March 17, 2020. Police checked passports and IDs at the Pyrenees' border with France and along the 1,200 kilometer shared border with Portugal, as Spain re-established controls for incoming and outgoing travellers to stem the new COVID-19 coronavirus outbreak. For most people, the new coronavirus causes only mild or moderate symptoms. For some, it can cause more severe illness, especially in older adults and people with existing health problems.

France has endured two general stay-at-home regimes since last spring, namely one from March-May, and another through November to mid-December. Since then, the country has been under a nationwide night curfew, but the daily numbers of COVID-19 infections have been surging again since early January.