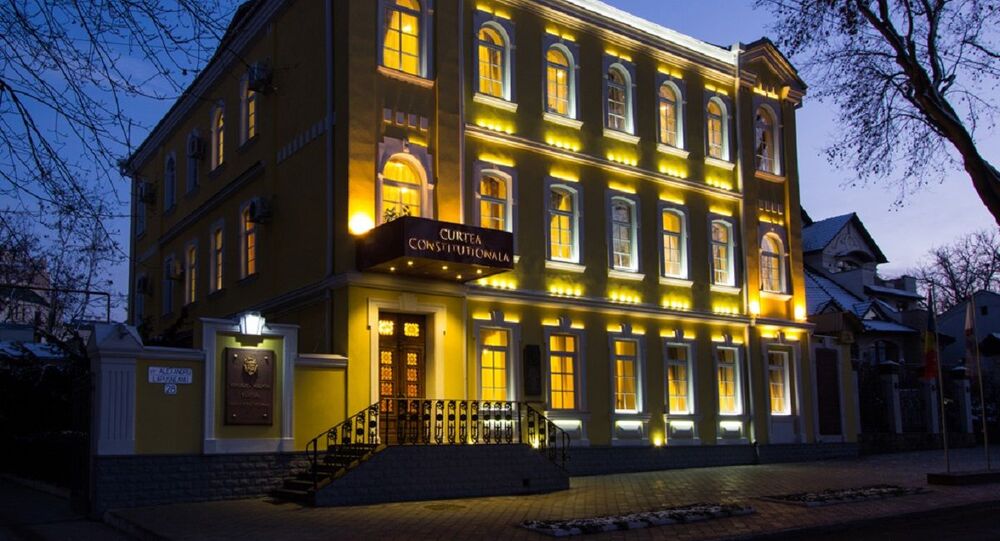 CHISINAU (Sputnik) - The Constitutional Court of Moldova declared the law on the functioning of languages, which provides that the Russian language in the country is the language of interethnic communication, unconstitutional, the court's head, Domnica Manole, said.

"The Constitutional Court of Moldova decided to declare the law on the functioning of languages ​​unconstitutional. The decision is final, cannot be challenged and comes into force at the time of the announcement," Manole said.

One of the authors of the appeal to the Constitutional Court, parliamentarian Octavian Cicu, said at a court session that the adopted law allegedly discriminated against Moldovans, as well as representatives of other national minorities in Moldova who did not speak Russian.

He also noted that the bill was not brought up for public discussion. In addition, the opposition believes that the new law forces officials to take on additional responsibilities for the translation of documents.

"This really causes deep regret. It contradicts both Moldovan realities and the interests of the republic's residents. This is a political opportunistic decision. Russian will not cease to be the language of interethnic communication," the source said.

The decision "will only make life difficult for ordinary citizens of Moldova," he said.

He drew attention to the fact that 80 percent of Moldovan residents speak Russian. It is constantly used in everyday life by 20-25 percent of the, in Transnistria by 100 percent, in Chisinau by 35 percent, in Gagauzia by 50 percent, he noted

According to the source, "the decision of the Constitutional Court contradicts the European standards to which Moldova is striving so hard."

© Wikipedia / Donor
Kremlin Says Has Not Discussed Russian Peacekeepers Transnistria Pullback With Moldova
On June 4, 2018, the court declared the law on the functioning of languages, which was approved during the Soviet era, outdated. This document stated that the Russian language on the territory of Moldova is a means of interethnic communication.

Late last year, the parliament of Moldova adopted a new law on the functioning of languages ​​and returned the status of the language of interethnic communication to the Russian language. In addition, state bodies were obligated to provide citizens with information in Russian. The opposition applied to the Constitutional Court with a request to assess the legality of the adoption of this normative act.