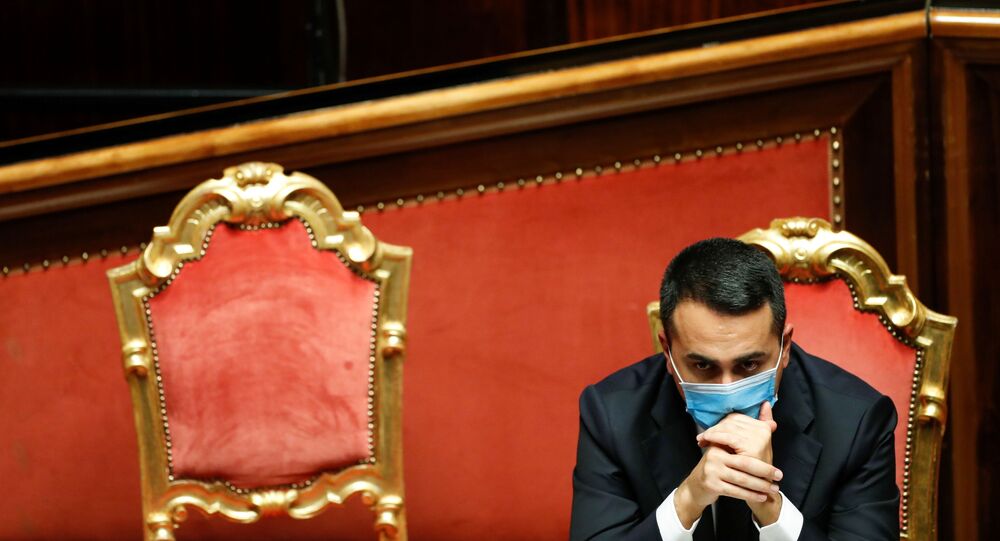 "The Russian authorities have so far ignored reactions from abroad, alleging the internal nature of the case. Our ambassadors in Brussels are considering the best tools for a European response, taking into account a discussion that the foreign ministers will hold next Monday," Di Maio told the parliament’s lower chamber, as quoted by askanews.

According to the minister, Italy demands that Navalny be immediately released and will continue to raise this issue, including in bilateral contacts with Russia.

"There is a proposal for further restrictive measures: we are ready to consider them," he added, expressing concern about the "narrowing space for civil and political rights in Russia."

Navalny was detained on Sunday upon his arrival from Germany, where he was treated for his alleged poisoning, and placed in custody for 30 days for violating probation terms on an earlier embezzlement conviction. Western countries have issued statements calling for his release.

In light of the calls, the Russian Foreign Ministry advised foreign politicians to respect international law and deal with their own domestic issues. Top Russian diplomat Sergey Lavrov said that certain members of the international community have used Navalny's case to shift attention away from the crisis facing the liberal model of development.

Lavrov noted that his Western counterparts were clearly "happy" to churn out almost-identical statements.