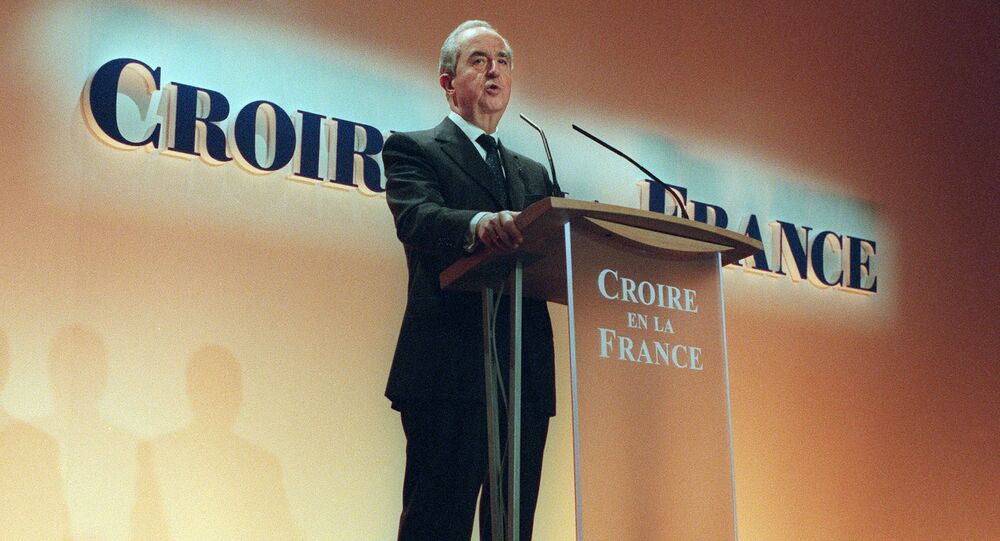 Last year, France's constitutional court found that the 1995 presidential campaign was the most contentious in terms of financing as Balladur's election budget exceeded the maximum campaign spending by 6 million francs, while his opponent Jacques Chirac had overspent by some 5 million francs.

The scandal has been shaking the French political landscape for over 25 years. It centres around allegations of corruption involving two French arms deals - the first was the sale of submarines to Pakistan in 1993, and the second was frigate sales to Saudi Arabia in 1995.

The deals, signed when Balladur was prime minister under Francois Mitterand, involved kickbacks estimated at some 13 million francs at the time (€2 million today), 10 million of which went as a cash donation to Balladur's campaign.

© AP Photo / Jacques Brinon
The Karachi Affair: Ex-French PM Faces Trial Over Secret Submarine Payments to ‘Mr Ten Percent’
Balladur, who has been charged with complicity in the alleged misappropriation of public funds, has denied any wrongdoing and said that he thought the money for his campaign was coming from sales of t-shirts at rallies and meetings.