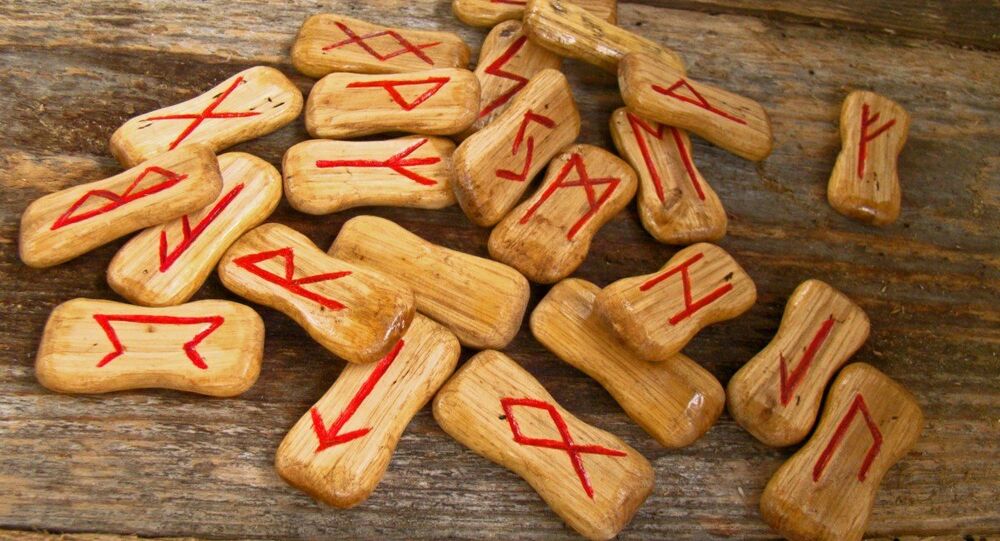 Runes are a set of related scripts predating the adoption of the Latin alphabet and Christianity and used by Germanic and Scandinavian tribes in the early Middle Ages. Today, they remain in use for aesthetic and symbolic purposes.

Swedish Prosecutor General Petra Lundh wants the historic Tyr rune to be equated with the swastika over its present-day use and covert Nazi messaging, national broadcaster SVT reported.

The background is that the neo-Nazi Nordic Resistance Movement (NMR) uses the Tyr rune, dating back to the early Germanic period, as their symbol. Both a district court and court of appeal have previously rejected the sign being regarded as incitement against ethnic groups, and a number of Swedish organisations for Old Norse heritage have also criticised the attempts to stamp the runic language as Nazi-related.

Prosecutor General Petra Lundh, however, isn't ready to throw in the towel and has appealed to the nation's Supreme Court, requesting it to review the verdicts from the lower courts. According to her, the presentation of the Tyr rune should be enough to constitute incitement against ethnic groups.

"There are previous cases similar to this where people have been convicted of incitement against ethnic groups. These have been demonstrations where the participants wore uniform-like attire, bore certain symbols, and gave speeches. The big difference is that in this case they wore a symbol that is not as well known as the Nazi symbols such as the swastika are and that they did not have uniforms from the 30s and 40s", Petra Lundh said in a press release.

According to Lundh, it is well known that the Tyr rune was used by the Nazis in the 1930s and 1940s, and that it was obvious to anyone that the neo-Nazis of today who use it want to spread a similar message as well.

So far it remains unclear how the ban will mesh with freedom of religion, as the rune in question is the symbol of the Old Norse god Tyr, who is still worshipped by neo-pagans across Scandinavia.

Critics, including the news outlet Samhällsnytt, suggested that the neo-Nazis who use the Tyr rune today will only switch to another rune, and in the long run the entire Old Norse runic alphabet, which is part of Scandinavian cultural heritage, will need to be banned. Another argument is that if the neo-Nazis start using Latin characters as their symbols, following the same logic, parts of the modern alphabet will have to be banned as well.

Additionally, logotypes using the Tyr rune or bearing a close resemblance to it, such as that of the Swedish Social Insurance Agency, may also come under scrutiny.

Runes, a set of related alphabets, were used by various Germanic and Scandinavian tribes before the adoption of the Latin alphabet, and remained in use for specialised and decorative purposes thereafter. The Scandinavian runic alphabet is known as Futhark (based on the first six letters).

The earliest runic inscriptions date from around 150 AD. Runes started to fall out of fashion as Scandinavia underwent Christianisation in the Middle Ages.

Runes had a sacral meaning in Viking culture, because in Norse lore Odin, the supreme god, impaled himself with his own spear and hung on the world tree, Yggdrasil, for nine days and nights to perceive the meaning of the runes.

Today, runes are used by neo-paganists, in fantasy and fiction and for aesthenic purposes. Among other things, runes representing the intials of Viking king Harald Bluetooth appear in the famous Bluetooth logo.