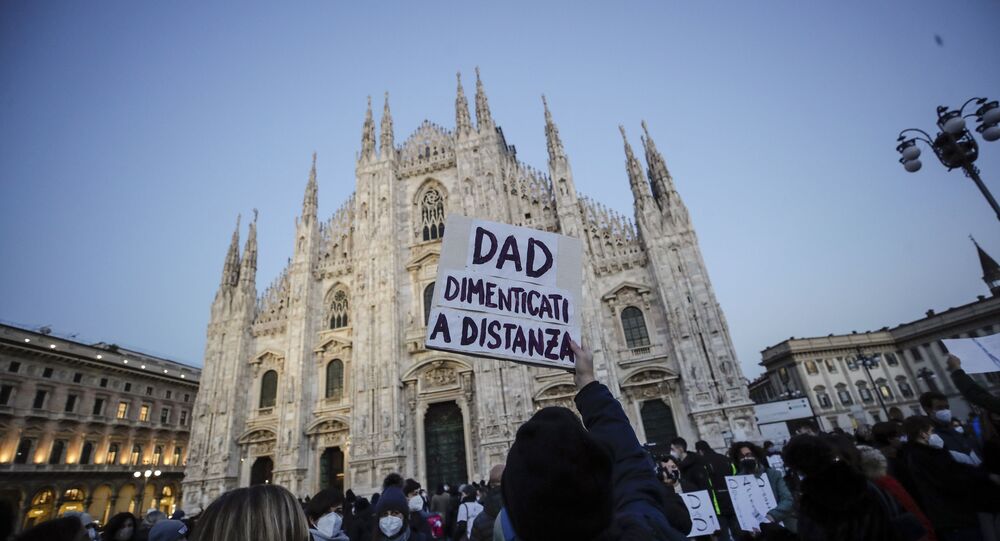 GENOA, Italy (Sputnik) - Italian travel and tourism federation Federturismo Confindustria seeks to promote the idea of EU vaccine passports to stimulate travel among those who have been immunized, the federation's president, Marina Lalli, told Sputnik.

The idea to use a standardized certificate showing that a person has been vaccinated against COVID-19 was put forward last week by Greek Prime Minister Kyriakos Mitsotakis. The issue, supported by such figures as President of the European Commission Ursula von der Leyen and German Foreign Minister Heiko Maas, is expected to be discussed by EU leaders on Thursday during a virtual summit on the response to the COVID-19 pandemic.

"We agree very much. So much so that we ourselves are the promoters of this action. In recent days we wrote a letter to our government, to Prime Minister [Giuseppe] Conte, to Minister [of Culture Dario] Franceschini and Minister [of Health Roberto] Speranza, asking if they can in some way be ambassadors for this decision in Europe," Lalli said.

The head of Federturismo noted that there was no response from the government at the moment, which was understandable, as the Italian government was undergoing a vote of confidence in the parliament.

"We are also cooperating with our European colleagues, associations equal to Federturismo in other European nations, to try to bring this same request directly in Europe," Lalli continued.

The president added that Federturismo Confindustria had also discussed the health passports idea with the coordinator of the regional councilors for tourism in Italy and proposed promoting the initiative together in order to start with intra-regional travel first and then try to bring it to the international level.

"Now that more and more people will become vaccinated, [for example] we have vaccinated over one million persons so far and this number will reach some 10 million by spring, it would really be a shame not to take this opportunity to bring back to safe traveling a fairly large number of people," Lalli stated.

Lalli also responded to naysayers who are wary of issuing special documents and singling out a group of people.

"Of course, there are people who are reluctant to this proposal because in any case a health passport somehow evokes some memories of bad times in history. But we are not talking here about identifying people on some basis, we are simply talking about those who have been lucky to have received the vaccine before the others, because perhaps they belong to a protected category. In their case it is incomprehensible why they should continue to stay at home and respect the restrictive rules that for them should no longer be valid," Lalli countered.

The COVID-19 pandemic has proved to be devastating to the tourism industry in Europe and across the globe, as countries limit entry to prevent the virus from spreading. The situation remains severe in the wake of the pandemic's second wave in the fall, as well as the recent emergence of mutated strains of the virus.

In late December, members of the European Union began mass vaccination of their citizens with the Pfizer/BioNTech vaccine, with frontline health workers and people from risk groups listed as a top priority. Since then, Italy has vaccinated over 1 million people, leading the vaccination campaign on the continent.