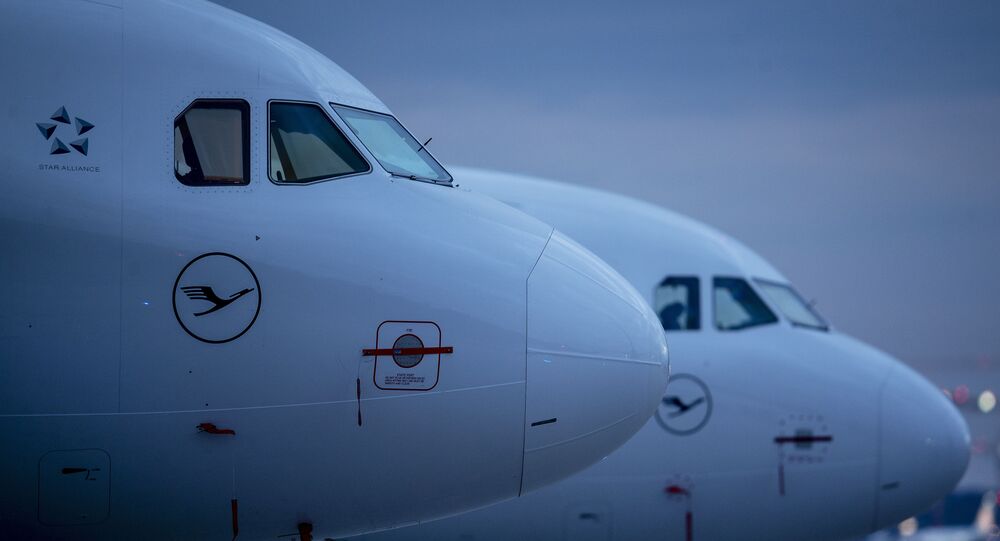 BERLIN (Sputnik) - The Frankfurt Airport was partially closed on Saturday after a 38-year-old Slovenian national yelled "I will kill you all, Allahu Akbar" toward law enforcement officers in Terminal 1, the German Federal Police said.

On Saturday, the Frankfurt Airport announced a partial closure of Terminal 1 and the train station due to a large-scale police operation. German media reported after the operation was over that two people had been arrested after suspicious luggage was found at the airport. According to police, the luggage was later released after no threat was found.

"At around 5:16 p.m. [16:16 GMT], a federal police patrol approached a Slovenian man who was not wearing mouth and nose protection. He immediately showed aggressive behavior towards the officers and said, ‘I will kill you all, Allahu Akbar’," the German Federal Police said in a Saturday statement.

According to the release, the 38-year-old man, whose threats were taken seriously by police, tried to escape, but was apprehended.

"The man left his luggage behind when he tried to escape, so that, due to the still unclear location, a large area of ​​Departure Hall B was cordoned off," police detailed.

Simultaneously, a federal police control center reported that an armed man had been spotted in Terminal 1 of Frankfurt Airport.

"Since a connection between the two incidents could not be ruled out, this led to the expansion of the cordoning off and evacuation measures. A large number of emergency services searched the entire airport area for the allegedly armed person. In the course of this, the regional train station was closed at around 5:30 p.m.," police said.

At around 8 p.m., federal police confirmed that there were no armed individuals at the airport and gave the all-clear.

The Slovenian national is currently under investigation for suspected threats and resistance to law enforcement officials. His motives remain unclear.

More than 100 federal and state police officers, as well as customs officers, took part in the Saturday operation at Frankfurt Airport.