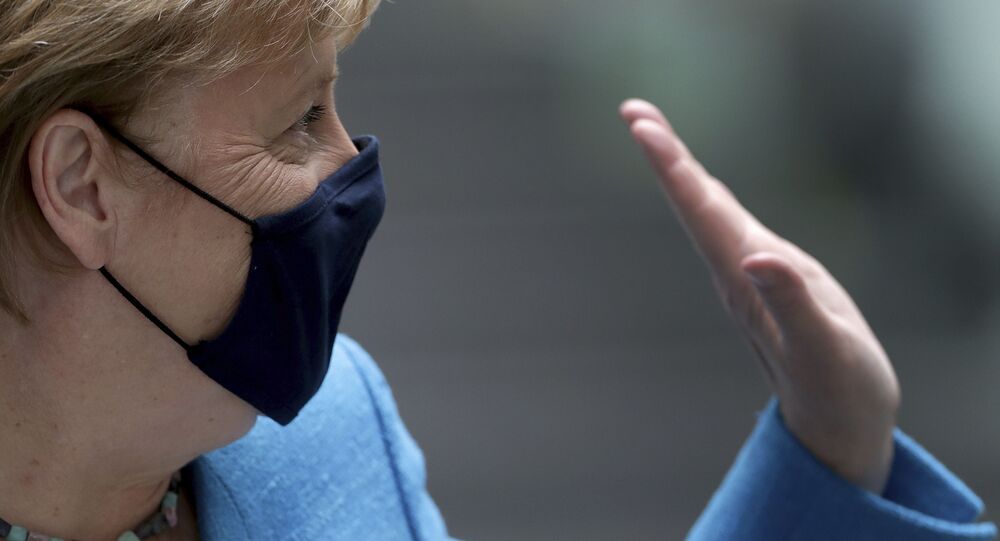 Is Merkel’s Era Coming to an End With New CDU’s Leader Election?

Germany’s leader of the last fifteen years Angela Merkel has vowed not to seek re-election as the country’s chancellor following federal elections scheduled to take place in September 2021.

Time is running out for Angela Merkel, one of Europe’s most powerful politicians and arguably the most influential woman in the world, sparking concerns about who will take over from Germany’s leader to represent the European Union on the global stage.

On Saturday, Germany’s ruling Christian Democratic Union (CDU) party, which Merkel headed for 18 years until stepping down in 2018, elected Armin Laschet as its new leader. He beat Friedrich Merz and Foreign Affairs Committee Chair Norbert Roettgen in the vote.

Laschet, who replaces Merkel’s protégé Annegret Kramp-Karrenbauer as party leader, is now considered a possible successor to the chancellor, as she's vowed to vacate the post after September 2021's federal elections.

For some time it was rumoured that Kramp-Karrenbauer would try her luck as the country’s new leader but she confirmed last year that this is not the case. Kramp-Karrenbauer, Germany’s minister of defence, also resigned as CDU chair in February 2020 following a government crisis and internal party turmoil.

But the election of Laschet, who needed a second round of voting to win, signals that Germany’s leading party wants to maintain the centrist thinking set out by Merkel. Laschet, who is the prime minister of North Rhine-Westphalia, has always backed Merkel's agenda.

As tradition dictates, Laschet is now likely to be the CDU's candidate for the chancellor’s post, but this is yet to be confirmed.

Who Could Replace Merkel and What to Expect From Them

Apart from Laschet, the two ex-candidates for the party’s leadership, Merz and Roettgen, should not be written off as figures to lead the EU’s biggest economy in the post-Merkel era. Merz is believed to push a more conservative agenda than the one propagated by Merkel, but some argue that his candidacy would drive left-leaning voters from the CDU over his past anti-refugee and anti-gay comments. At the same time, Foreign Committee Chairman Roettgen has put a strong focus on environmentalism and a potential coalition with the Green Party.

A recent Der Spiegel poll suggested that nearly 40 percent of Germans believe that Minister President of Bavaria and head of CDU’s sister party Christian Social Union (CSU) Markus Söder would emerge as the strongest conservative candidate to be chancellor – although he previously indicated that he was not interested in the job.

The ongoing coronavirus pandemic has also brought Germany’s Health Minister Jens Spahn into focus, with experts now suggesting that his energetic take on the COVID-19 crisis makes him a good candidate to succeed Merkel.

While his ratings have risen in recent months, the election of married homosexual Spahn would mark a severe departure from the conservative agenda pushed by some sections of the CDU, which have opposed same-sex marriage. On the other hand, the 40-year-old, although relatively young and less experienced, has previously given off some conservative vibes in the face of Germany's cultural identity and economic policies.

It's expected that a CDU/CSU chancellor candidate will be put forth in the coming months, potentially in March – just half a year before the federal elections.

Meanwhile, the red-flagged Social Democratic Party (SPD) nominated Vice Chancellor and Finance Minister Olaf Scholz during the summer as its chancellor candidate to replace Merkel. The decision has sparked controversy and accusations of playing on a divide, bearing in mind that German politics are currently dominated by a grand coalition between the CDU/CSU and SPD.

While Scholz’s popularity has been growing, the SPD has not won a national election since 2002 and it’s unclear if the cards will play in the minister’s favour in September 2021. A lot also depends on who is chosen as the chancellor candidate by the CDU and Green Party, and if these characters are able to seriously challenge Scholz. For the Greens, it would mark the first time they put forward a chancellor pick.

Merkel, 66, has been Germany’s chancellor since 2005. During her four terms as the country’s leader, she's received strong support from the Bundestag over her centrist stance, pro-EU policies, and strong handling of the national economy. The election of her CDU’s ally Laschet as party leader suggests that the party is not willing to diverge from her policies as it strives to remain in power.