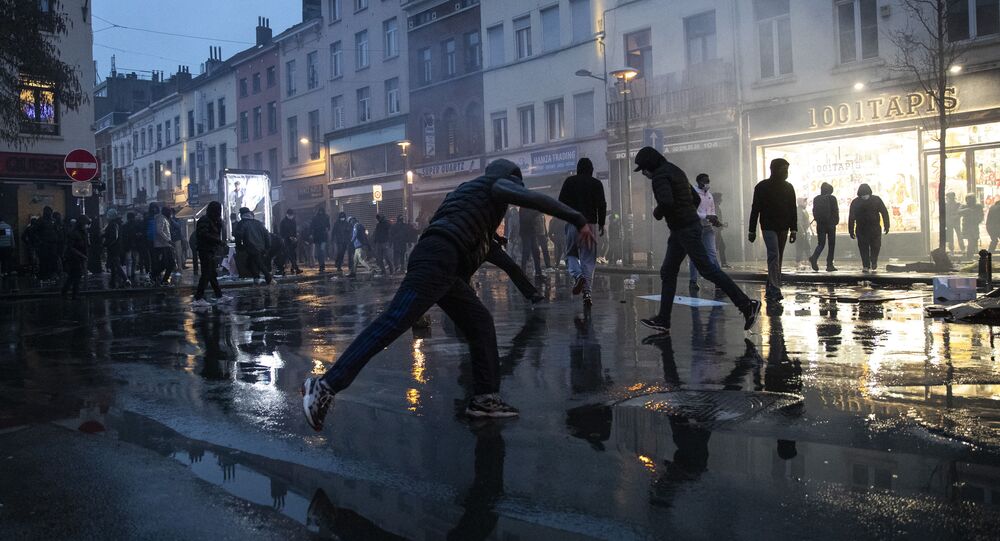 Belgium's prosecutor's office has seized CCTV images and appointed a coroner to perform an autopsy as well as toxicology tests to shed light on the death of the young black man.

Protesters attacked the car of Belgium's king in Brussels on Wednesday as they rallied over the death of a black man who was arrested by police for breaking the country's coronavirus curfew, The Daily Mail reported.

Around 500 people, some of them holding Black Lives Matter placards, took part in the protest. About 100 were arrested, according to Justice Minister Vincent Van Quickenborne.

​Pictures from the scene show King Phillipe's car being hit by rocks near the Gare du Nord train station, while the local EPA news agency reported that the royal was travelling from his workplace in Brussels to his residence, Laeken Palace.

Riots in #Brussels following the death of Ibrahima, who died after being arrested for filming a control. The King of Belgium's car was targeted as the convoy was passing by.#Belgium pic.twitter.com/OLiHM0UKS4

​The 23-year-old black man, who died in police custody last week is only identified by his initials I.B., while Belgian media say that his name is Ibrahima Barrie.

​Barrie was arrested on Saturday after he allegedly attempted to run away from police, who were questioning a group of men who had gathered in downtown Brussels despite the coronavirus lockdown.

Barrie was then taken to a police station where he fainted before being transported to a hospital. He was pronounced dead at 20:22 local time.

© Sputnik / Jolan Deschepper
'Not My Government': Belgium’s Nationalists Form a Protest Convoy, Rally in Brussels
His lawyer claims that an initial autopsy showed he died from a heart attack.

Though there's no evidence Barrie had taken drugs prior to his death, he had three ecstasy pills on him at when he was arrested.